Today I want to talk about a meme. This meme takes many forms, but it’s latest iteration is the Midwit meme: 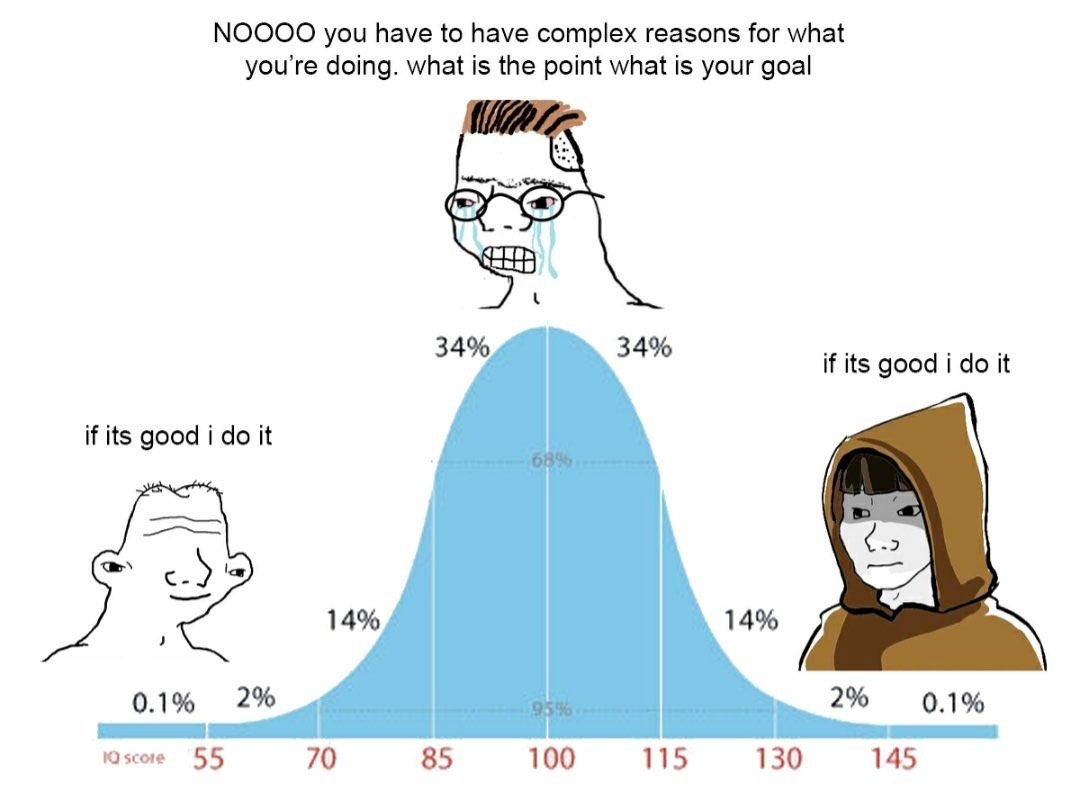 You could abstractly view this as a clever blend of the Haha Go Brrr meme with Horseshoe theory, but that’d be an incredibly “100 IQ” way to overanalyze a meme. At the end of the day, it is just an incredibly flexible meme that has somehow outgrown its edgy, racist roots to be applied everywhere from finance to linguistics to biology.

It can be distilled to the simple observation that total beginners and total experts can often share a love of simplicity, in a way that absolutely infuriates the book smart intermediates.

You feel it when a self described “15 IQ” electrician makes $3.4 million on knockoff dog themed cryptocurrency, in perfect sympatico with the 150 IQ Elon Musk.

I felt it when Jan Hatzius, the longtime Chief Economist at Goldman Sachs, talks up his ”above-consensus GDP growth projections” like it means a damn, whereas degenerate gamblers and PhD quants alike just remind each other to “buy low, sell high”.

I get the same feeling when senior software engineers stop at ”it depends” and pat themselves on the back for a job well done. A generation earlier you could find the same middle-of-the-curve engineers worshipping “Uncle Bob” (the jury is out on the “IQ” of the median remnant Clean Coder). Now the same midwit engineers (of which I am one) wage toxic tribal wars over frameworks, while Pieter Levels makes >$1m a year with a single PHP file and just learned git.

You could keep going: 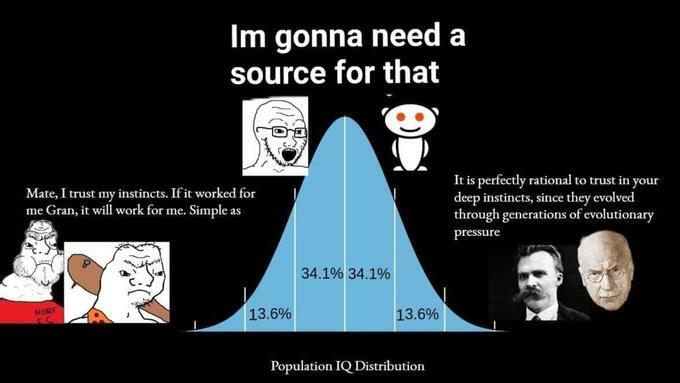 After you see enough of these, you have to wonder:

Can we just skip the complexity? From simple on this side of the curve, straight to simple on the other side? Bypass the complex phase like an Einstein-Rosen bridge? Aren’t they just the same thing?

My answer, after a lot of admittedly 100 IQ introspection, is: No.

You don’t get to 80/20 hack your way to enlightenment by imitating it.

You’ve probably heard this story before:

There’s supposed to be a deep life lesson in there, but it’s always felt insincere to me.

To me it is better to have reached the heights of a career, or suffered an epic defeat, even if I do end up in the same place as everyone else in the end.

To me simplicity is made more beautiful when understood through a long personal struggle with complexity. When I can dance with it, having turned a mighty nemesis into an old friend, and teach others to do the same.

After all, we share the same destination. The ultimate horseshoe is biblical in nature: dust shall inevitably return to dust. What is life, then, but our unique, 100 IQ, wandering journey through vicissitudes?

Thanks to David Golden for reviewing an early draft of this — his take: