I’ve rewritten this site once again. 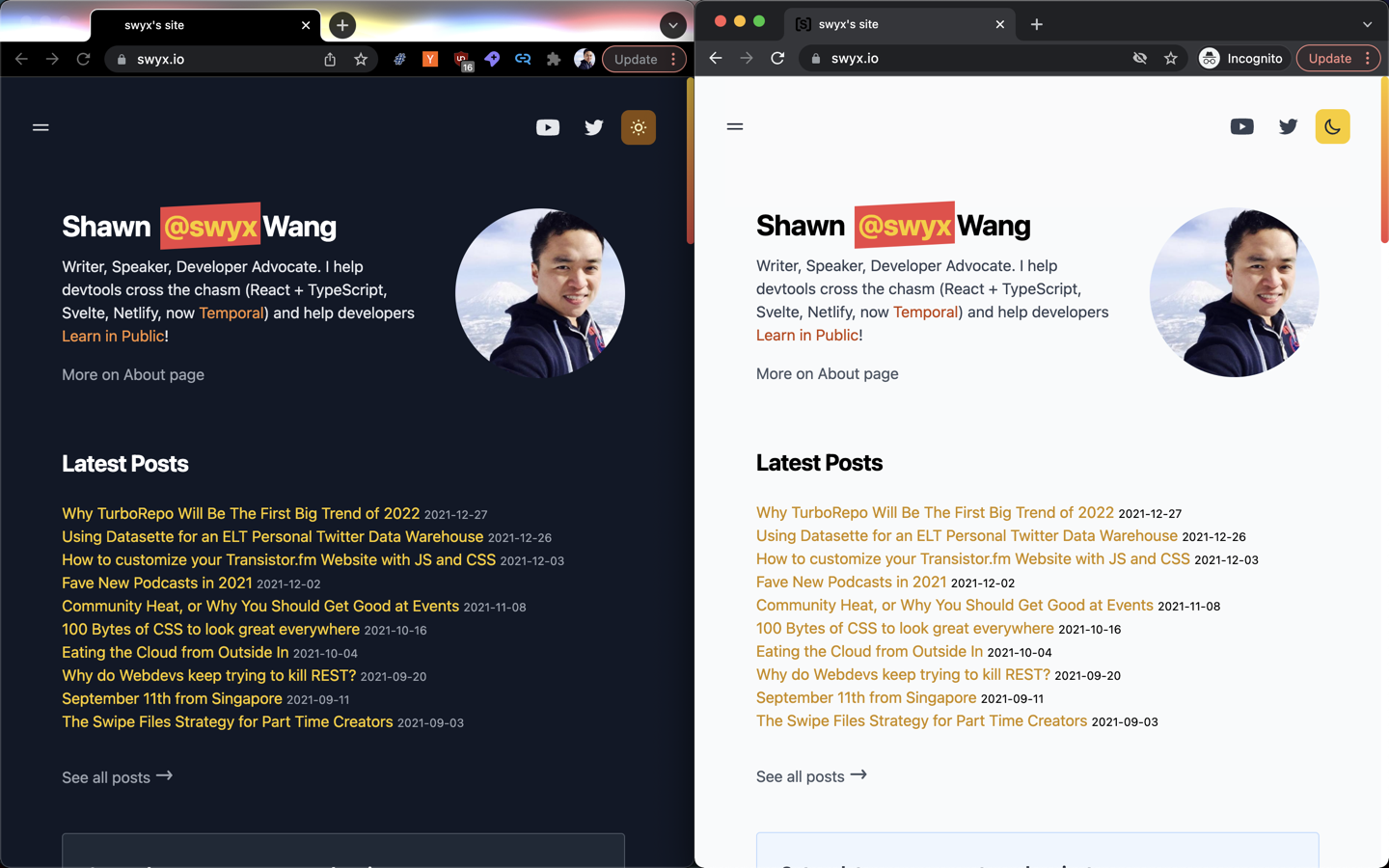 For those keeping count:

If you want to have the same site without my customizations, I’ve also open sourced a SvelteKit starter called swyxkit that you can use as a starting point.

I’ve been very happy with the move to Svelte.js over the years (Why Svelte?). Elder.js was very fast (due to the Islands architecture) and I loved the shortcodes and flexible data layer. However two choices hobbled my productivity/satisfaction and caused me to consider a rewrite:

I was excited about using Dev.to as a dual distribution strategy, but unfortunately the community seems to have completely stalled, and the API became extremely flaky (failing 9 out of every 10 calls for reasons I still do not yet understand). Dev.to also imposed additional restrictions I didn’t like - an arbitrary max of 5 tweets embedded, max of 4 tags, no support for details/summary tags (my favorite HTML tags!) and having to manually upload my images one by one was STILL slower than I would like.

Build times also crept up from 2 to 3 minutes… when my builds succeeded. 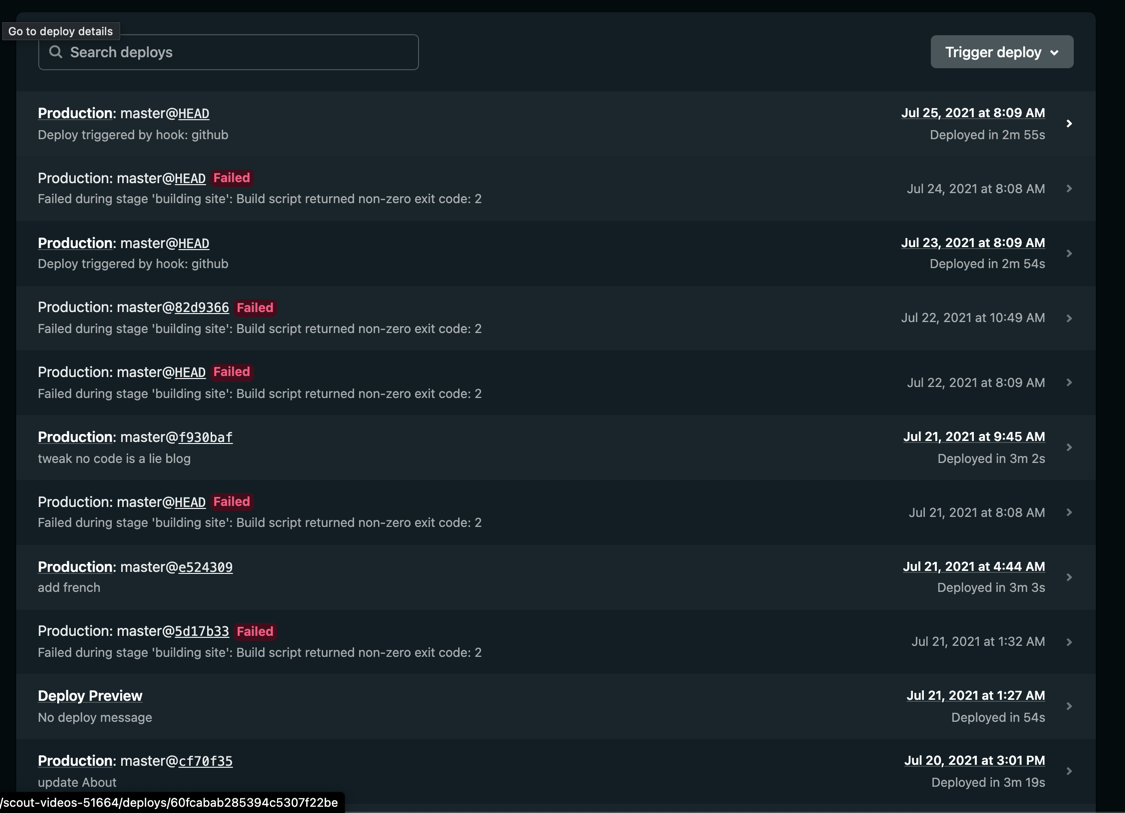 I moved to SvelteKit, and used GitHub Issues as my CMS:

My builds are back down to 1 minute and I now have a free comment layer/much nicer writing experience. 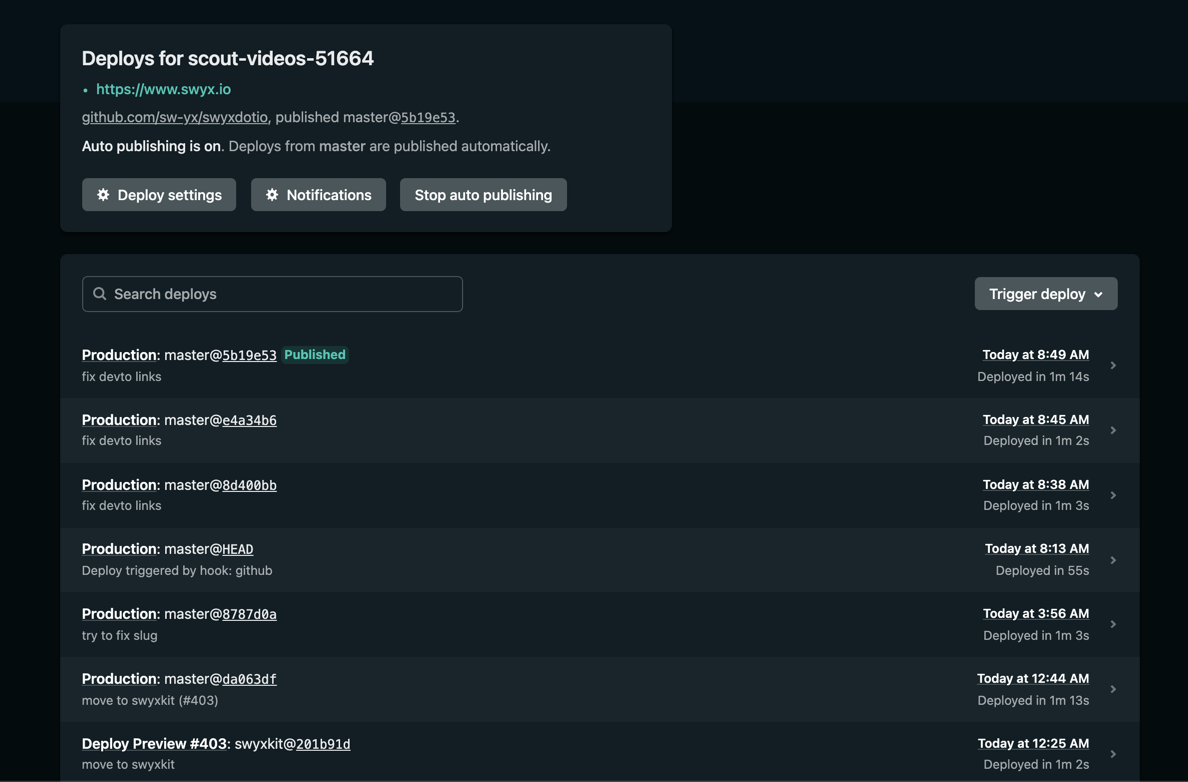 I also included a bunch of smaller features I’ve wanted, including a togglable dark mode (previously, dark mode was based on system preferences), as detailed in the swyxkit readme.

This was a rewrite, not so much a redesign, because I just wanted to remove the blockers to my writing productivity. Believe it or not I’ve wanted to do this rewrite for almost a full year before actually doing it! 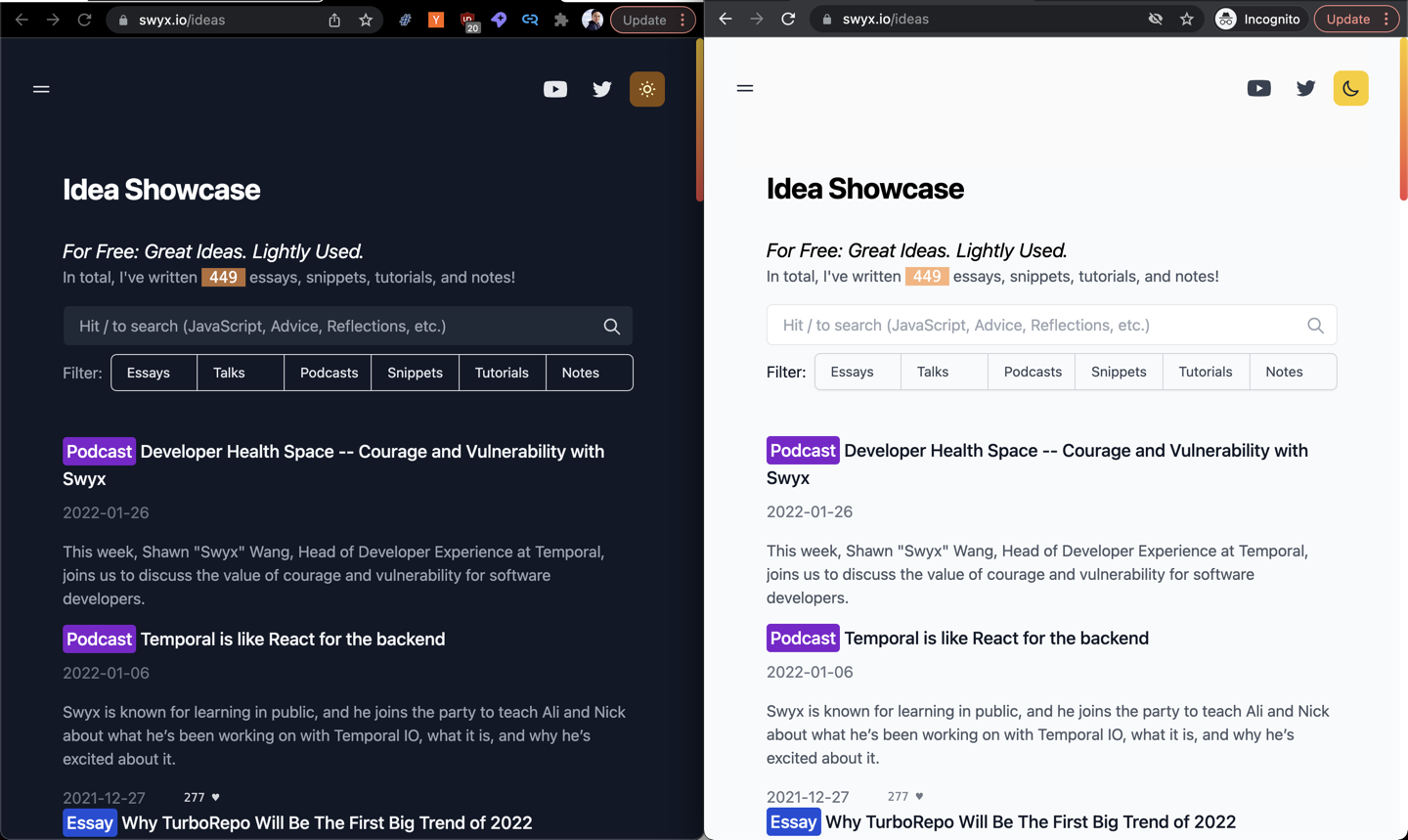 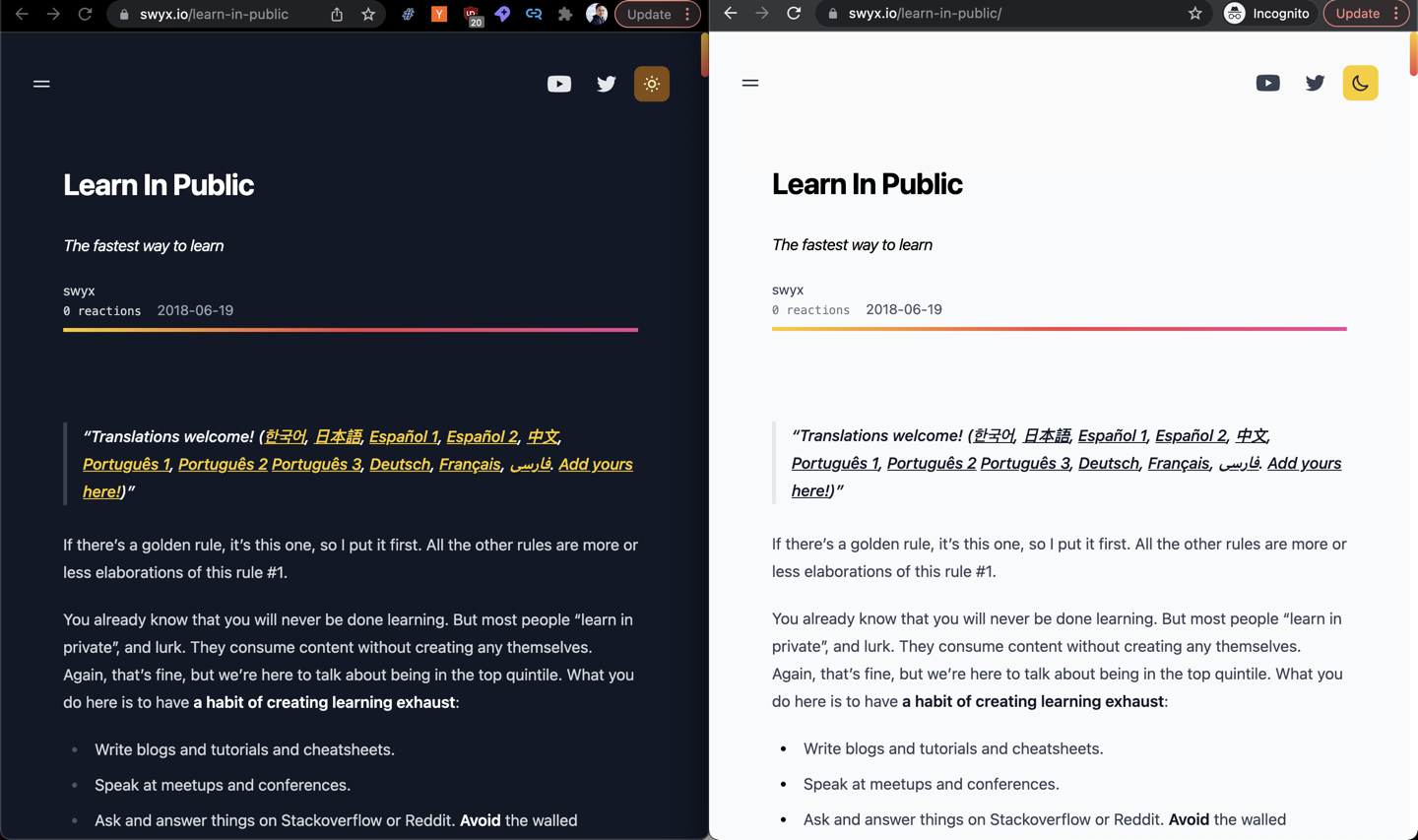 I also added almost a year’s worth of talks and podcasts that I hadn’t been updating on my site. 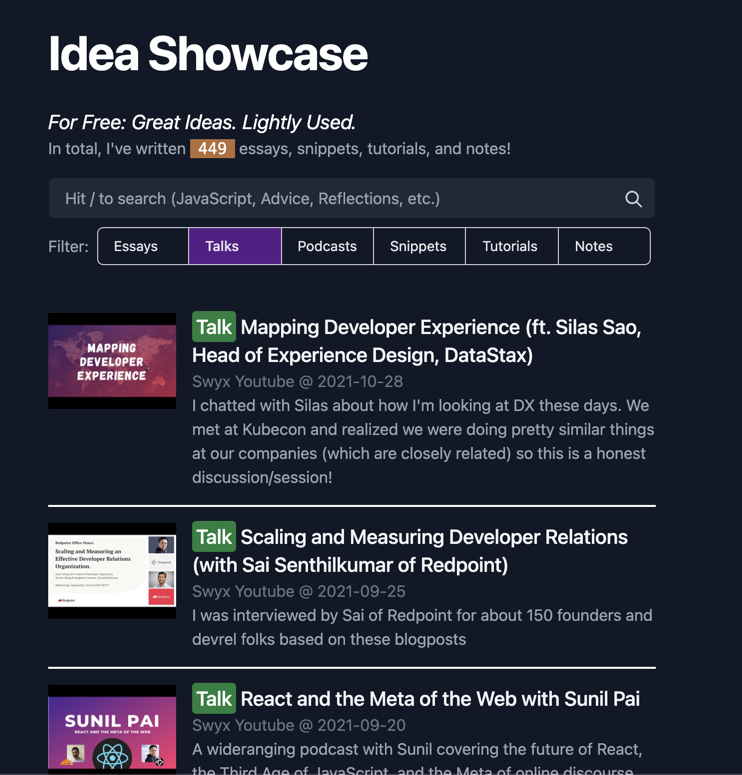 Things I want to add:

Issues that users spotted after I launched: