Moving to Obsidian as a Public Second Brain

I’ve gone through many versions of notetaking systems in the past decade, from literal “in memory” storage, to writing cheatsheets, to blogging everything publicly, to storing private notes in OneNote, then SimpleNote, then Notion. For focused topics, I have a long history of making markdown repos on GitHub accumulating thousands of stars. I’ve also considered Evernote, Joplin and Roam and its less culty competitors Foam and Athens.

Two months ago I moved my notes to Obsidian, and I’ve been fairly happy with the result. Time for a good ole experience report!

You can check out the repo, sw-yx/brain or the published Obsidian site https://publish.obsidian.md/swyx/

Why a -Public- Second Brain?

I’ll assume you already know the benefits of Building a Second Brain - I was a mentor for the course if you need a quick intro. Here my focus is on convincing you why your S.B. should be public:

My Criteria for Second Brain Tooling

As I reached the limits of SimpleNote/Notion/GitHub, I thought about these factors for my next notetaking tool:

Notably lacking among these desirables is the idea that the notetaking service should be free. As a serious knowledge worker intent on making this work for the next 40-60 years of my life, I’m quite happy paying $5-20 a month for something that is going to last that I don’t have to maintain myself.

These factors are why I chose Obsidian, with Obsidian Publish (which is still relatively new and leaves some things to be desired).

I admit I was also influenced by Ezell and others in the Coding Career Community who have been talking about Obsidian for over a year. 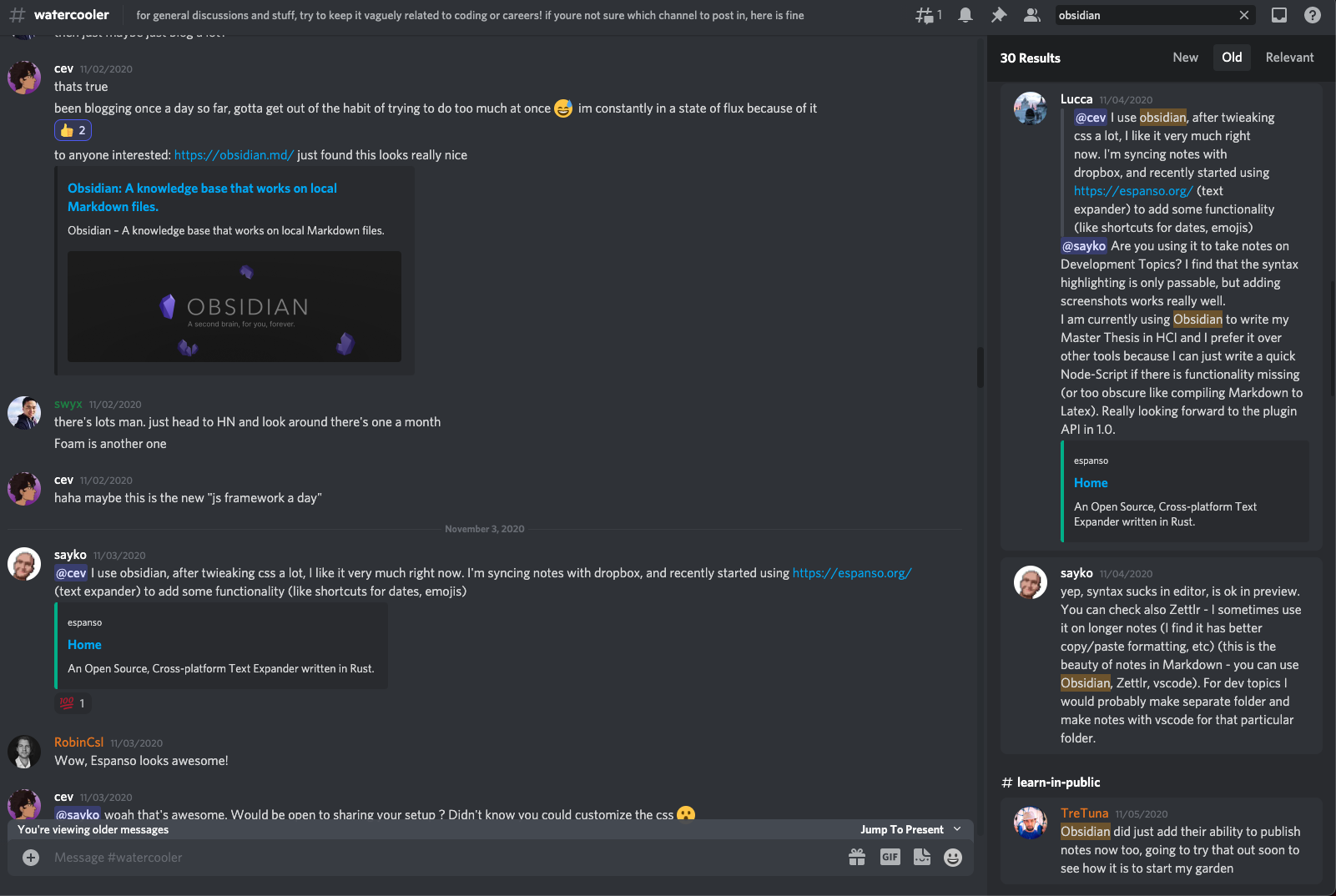 More tips from readers in the related thread:

Overall, I’m the happiest I’ve ever been with my public notes so far and feel I’ve been both unblocked and more productive with Obsidian. Not all my notes are public, of course, so I still keep some stuff in Notion.