How we plan to fail with Thoughtful Error Message Design at Temporal. #temporal #dx #developerexperience

There is nothing more frustrating than a cryptic error message.

When something goes wrong, chances are you already knew it - all a cryptic error message does is confirm your suspicion and tell you that you're gonna need to read through a bunch of code to figure out your error.

As framework and library designers, we can and should do better for our users by carefully following a few design principles.

Why We Should Care

Who among us hasn't thrown up their hands at an unhelpful Error: NullPointerException or undefined is not a function? Of course, this is a straw man - unanticipated errors always leak internals. We should do our best to handle these errors as much as possible!

The frustrating part comes from errors that were anticipated but obviously not given any thought: 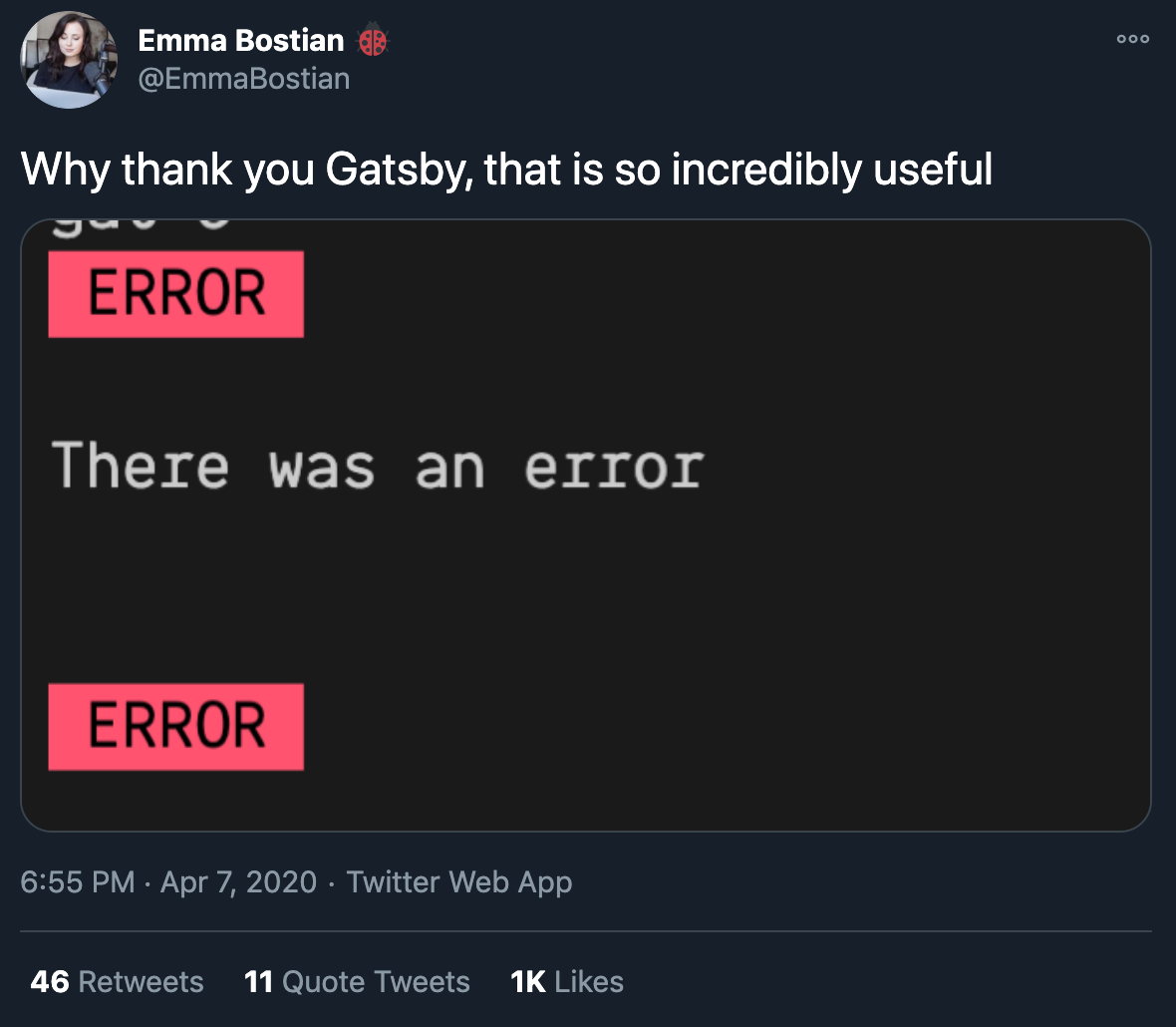 This is particularly aggravating because it compounds an already unhappy situation with an even worse debugging and bug reporting experience.

Instead, you could explain and suggest: 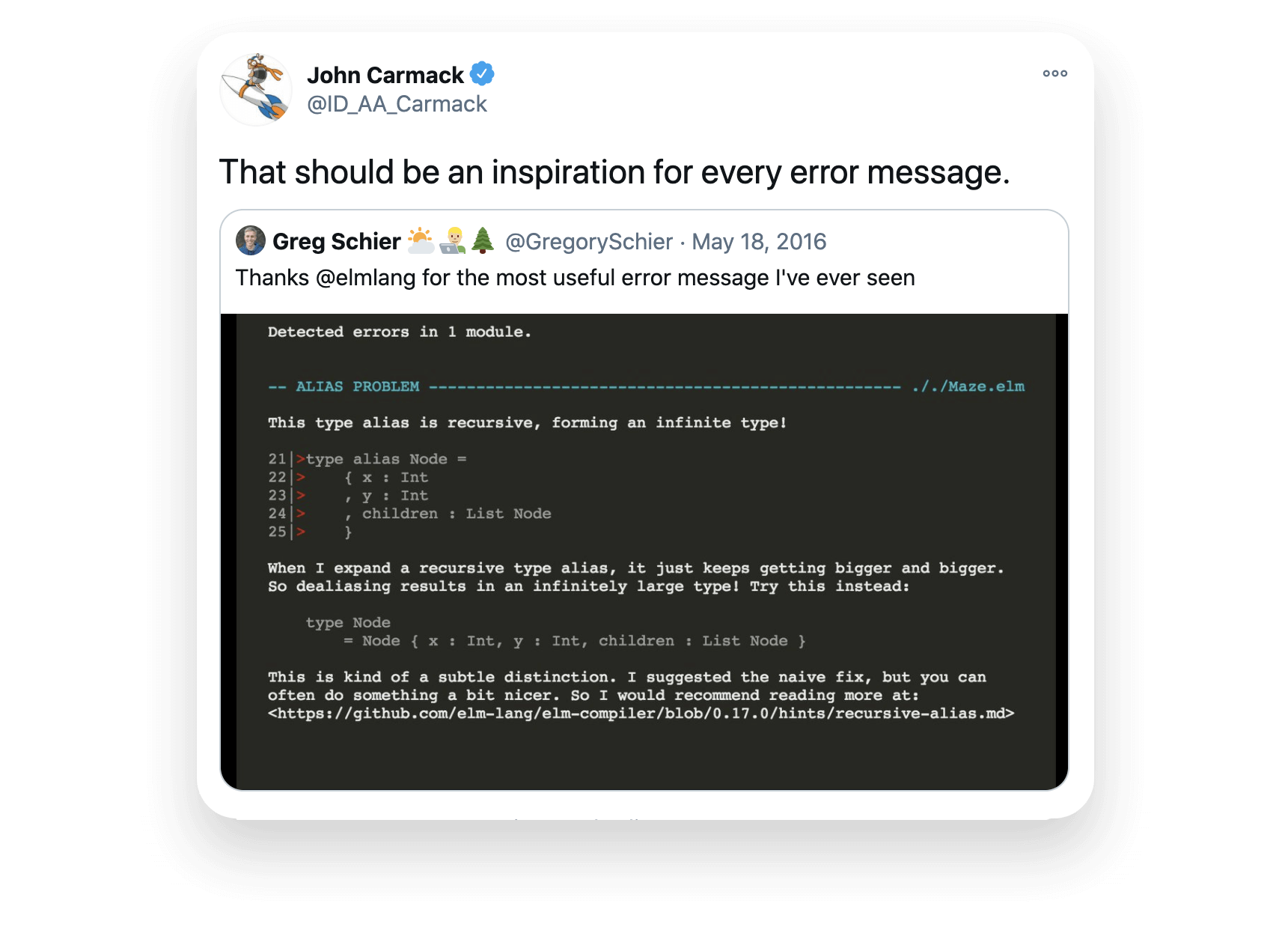 Thoughtful error message design is one of the less glamorous, but most important, parts of Developer Exception Engineering. Most framework developers instinctively write error messages that make sense to them, but a few minutes of extra effort can save DAYS of debugging for everyone else (including maintainers!).

We must acknowledge two things:

You might be familiar with the old adage "If you fail to plan, you plan to fail." Here, we have a slight twist: If you fail to plan to fail, you are planning to fail your users when they need you most. Touting great developer experience with lousy error message design is like selling a beautiful car with seatbelts that don't work when there's a crash.

At Temporal, our current style guide reflects our engineering roots in Uber and Golang with some tactical recommendations:

That said, as we evolve our developer experience philosophy, we are looking toward higher level design principles that help guide successful outcomes.

We are still in the early stages of pinning down our beliefs in what makes for great error messages, but here are some candidate principles running through my mind:

Ultimately, the same high level principle applies to error messages as they do for anything involving human computer interaction: Don't Make Me Think!