I’ve just completed work on Netlify-Plugin-No-More-404 - a Netlify Build plugin to guarantee you preserve your own internal URL structure between builds. But I’m not here to plug my plugin or Netlify - I just think I had a small realization on plugin testing strategy which I would like to share with you.

Most projects want to be platforms, and most platforms want to have plugins to extend functionality and eventually create mutually beneficial business relationships. Gatsby has plugins, Next.js has plugins, Shopify has plugins, Wordpress has plugins, everybody gets a plugin! If you’re successful enough even your plugins have plugins! Figma has written some great stuff about the engineering challenges behind plugins - not least of which is API design, permissions, and security, and I’d highly recommend their writing on this. I have a future blogpost that I hope to do on “how to do plugin systems right”, because all plugins system suck in some way.

The scope of this blogpost is much smaller than that - it’s just about setting up testing as a plugin author. I think plugin authors should set up:

First, a talk on Boundaries

Gary Bernhardt’s Boundaries talk is really influential to my thinking. As it says on the tin:

A plugin is a component connecting to a subsystem. Once we think about it this way, it greatly clarifies both the code as well as how to test it. You don’t need to watch the talk to understand the rest of this post, but I highly recommend it anyway.

A mental model for plugin authoring 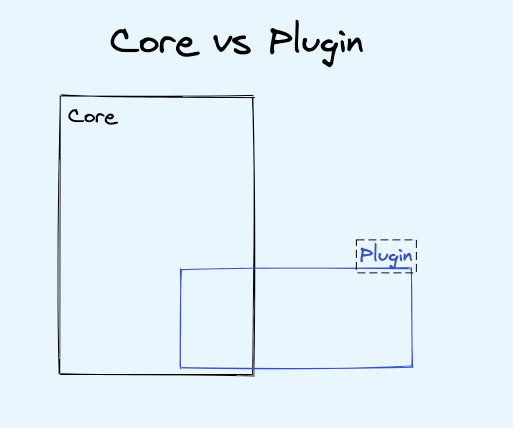 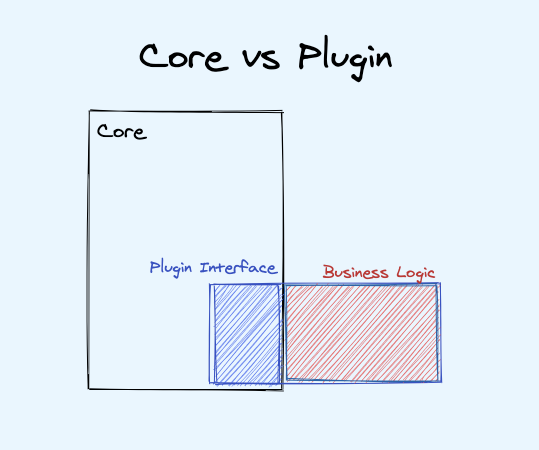 By plugin interface, I mean everything imposed on you by the core system: all the settings, utilities, and lifecycles specified by them - and therefore you’re writing glue code between your business logic and how the plugin API wants you to expose your work.

If that sounds obvious, I can say that as a plugin author I didn’t really think about it while diving in headfirst, and I paid the price in rewrites today.

I think the key here is to design your business logic code as a single function or module with as small an API surface area as possible for you to get the job done. If your function takes 5 parameters but could take 3 instead if you derive the final 2, then take 3. I’m a fan of argument objects, by the way. 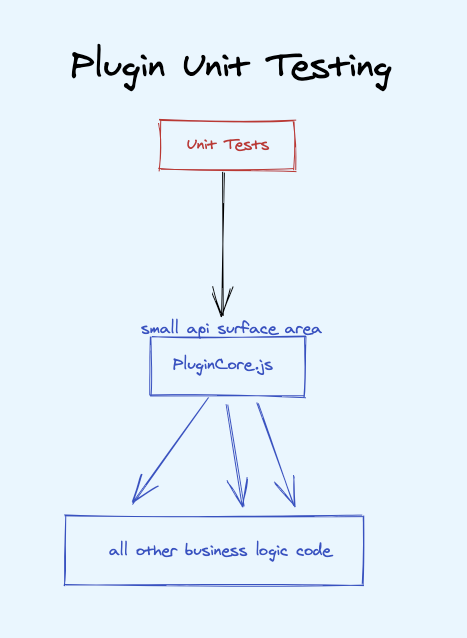 Ideally your business logic doesn’t really care about what the core system’s plugin API looks like, although of course if there are special requirements for idempotence or side effects those concerns will leak through down to how you write your business logic. But ultimately you want to stay as agnostic of plugin API as possible. This serves two benefits: 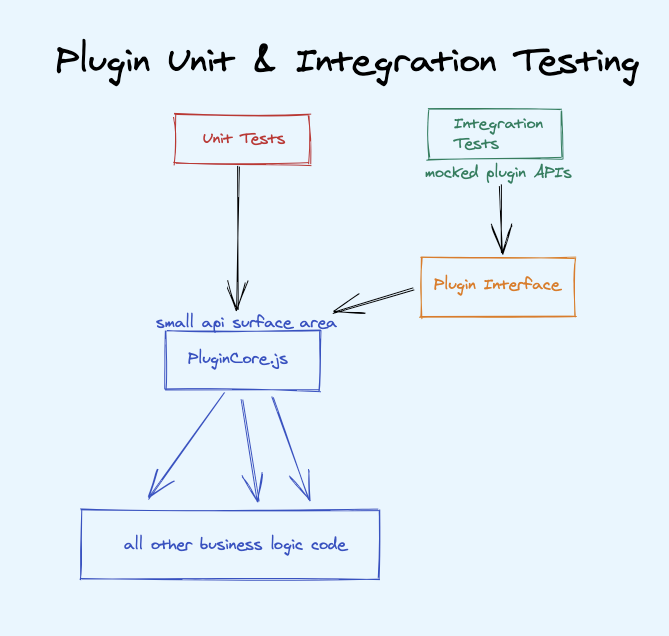 I don’t have a lot of wisdom here - you will be mocking your system’s provided core APIs (if you’re lucky, they will provide well documented local testing utilities for you, but its also not a heavy lift to write your own as you learn about what the APIs do), and you will have to set up and tear down any files on the filesystem for these effectful integration tests.

I find myself writing less of these integration tests, since I already did the test-all-variations stuff at the unit test level. At the plugin interface level, I merely need to test that I’m relaying the right information to the business logic properly.

I also set these things up as “fixtures” rather than solid tests - which to me means that it is a test I can quickly manually futz around to reproduce or investigate user reported bugs.

any other tips? reply and I’ll write them here with acknowledgement! 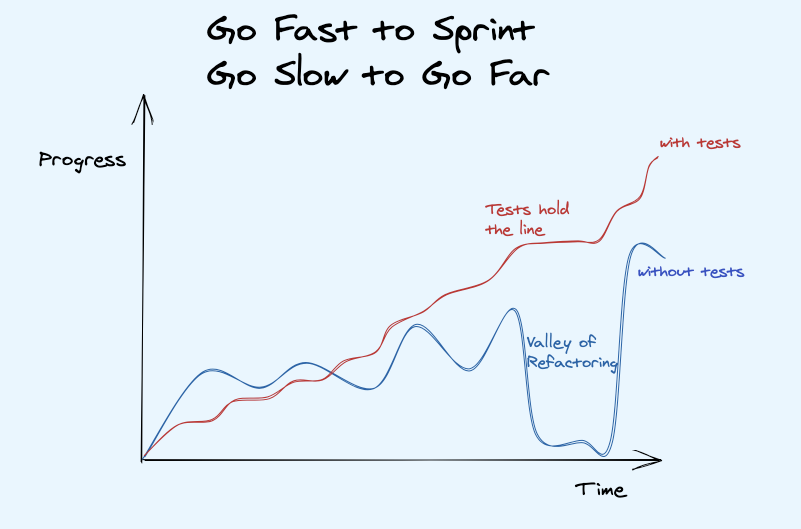 Tests hold the line, and that’s a powerful thing for sustained progress over your code’s (hopefully long) life.