To me, that sounds like React is a kernel. Webpack/Create React App are bootloaders. Next.js and Gatsby are the closest things we’ve got to distros.

Anyway, the analogy rings true. I’d like to expand on it a little. The basic idea is that there is an initial innovation, then a “frenzy” of competing technologies with massive growth, then a turning point comes where the technology reaches synergy and maturity (often compared to the “late majority” and “laggards” group from Everett Rogers).

The Deployment Age of JavaScript Frameworks

I think the turning point for JS Frameworks began a year or two ago. We no longer have a new frontend framework every month. React has been on top of Hacker News Job Board for 31 months. But it isn’t just React - Vue and Angular both have found very stable adoption among sizable companies who are not going to migrate anytime soon. 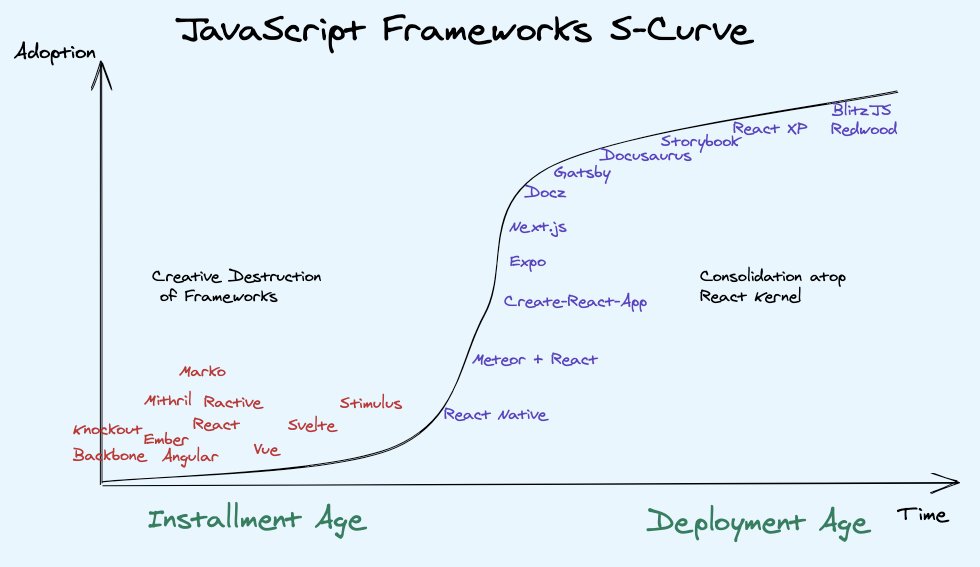 I always liken metaframeworks to the Hulkbuster armor wrapping around the Iron Man suit, because they are heavier but more powerful, but also because I’m a massive Marvel nerd.

So let’s talk about React Distros.

This is at once React’s best and worst feature - it’s small surface area and unopinionatedness about many essential things means you not only get to pick and choose what you pair with it, you kind of have to.

What other React Distros should exist?

A React authoring format will need a dedicated compiler, which at the macro level gets especially interesting when you design it to address a styling solution and Suspense-enabled render-as-you-fetch solution like Facebook does. But even at the micro level, we often talk about a sufficiently advanced compiler for all the boilerplate optimizations that React’s low level hooks make us do. I do think we can design more syntax to make this all more ergonomic. And of course, if we are going to make a compiler, we might as well make an optimizing compiler! Make use of Preact if we don’t really rely on React’s nuanced behavior and event system? (I bet this sounds way easier than it really is.) 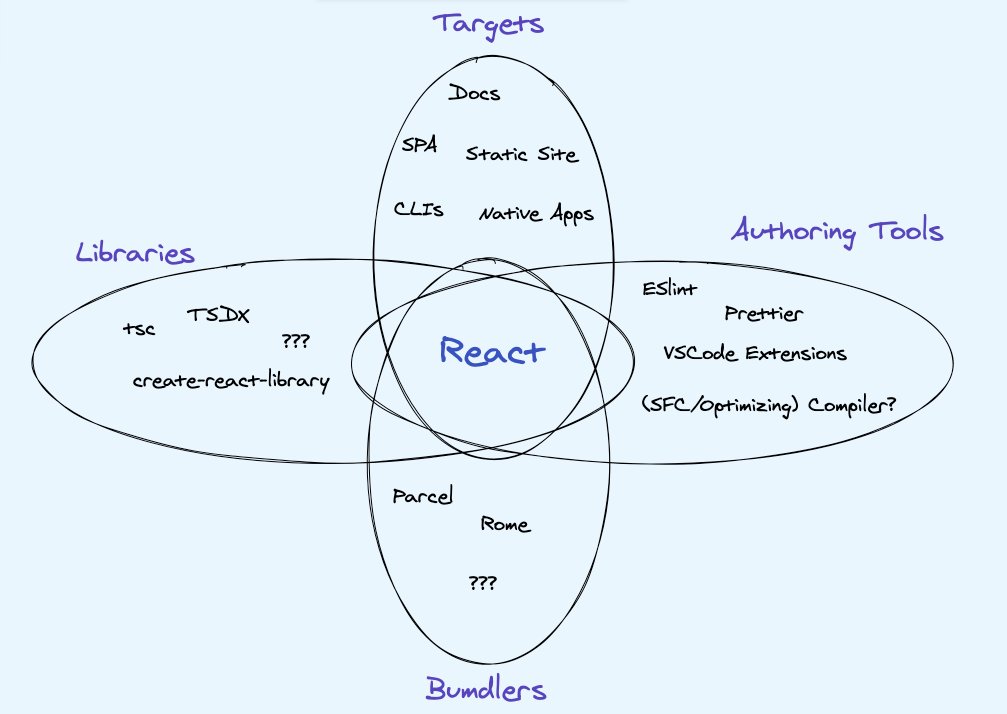