This is the tenth in a series of class notes as I go through the free Udacity Computer Networking Basics course.

This is the second of a 3 part miniseries on Network Operations and Management.

What is Traffic Engineering?

Traffic Engineering is how network operators deal with large amounts of data flowing through their networks. They reconfigure the network in response to changing traffic loads to achieve some operational goals, like:

Doesn’t the Network manage itself?

Although we have covered how TCP and Routing both manage themselves (adapting to congestion, or to topology changes), network still may not run efficiently. There may be needless congestion with unused idle paths. So the key question a traffic engineer address is: “How should Routing adapt to Traffic?”

In a standard network topology, every link has a weight associated with it. A very simple configuration is to tweak the weight according to your priorities. For example:

The 3 steps of Traffic Engineering

As an example, you can measure topology and traffic, feed them into a predictive “What-If” model, optimizing for an objective function, generating the changes you want to make and then feed that back into the network by readjusting link weights.

The objective function is an important decision in this process. We can choose to minimize the maximum congested link in the network, or just evenly splitting traffic loads across links, or something else.

Optimizing for the Link Utilization Objective

Even a simple model of the “cost of congestion” as increasingly quadratically (as a square) with congestion is an NP-complete problem - so it is not mathematically solvable. Instead we have to search through a large set of combinations of link weight settings to find a good setting. In practice, this is fine.

We also have other constraints to our search, which reduce the number of things we try. For example we want to minimize changes to the network. Often just 1 or 2 link weight changes is enough. Our solution must also be resistant to failure and robust to measurement noise.

Recall that Interdomain routing concerns routing that occurs between domains or ASes. (See our discussion of the Border Gateway Protocol). Interdomain Traffic Engineering thus involves reconfiguring the BGP policies or configurations that are running on individual edge routers in the network.

Our actions derive from our goals for Interdomain TE:

One technique applicable in Inter- and Intra-domain routing is Multipath routing - routing traffic across multiple paths. The simplest example of this is setting an equal weight on multiple paths, or Equal Cost Multi Path (ECMP). This would send traffic down those paths in equal amount.

A source router can also set percentage weights on paths, for example 35% on one and 65% on another, and it might do this based on observed congestion!

So our requirements develop accordingly. We need to:

The Core layer is now commonly done with a layer 2 topology which makes it easier to migrate and load balance traffic, but is harder to scale because we now have x0,000s of servers on a single, flat topology.

This hierarchy can also create single points of failure and links in the Core can become oversubscribed. In real life datacenters the links at the top can carry up to 200x the traffic of links at the bottom, so there is a capacity mismatch.

One interesting way to deal with the Scaling issue is “Pods”.

In the Access layer, every machine has an independent MAC address. This means every switch in the layer above needs to store a forwarding table entry for every single MAC address. The solution is to assign groups of servers by switch as “Pods”, and assign them “pseudo-MAC addresses”. Thus servers only need to maintain entries for reaching other Pods in the topology. 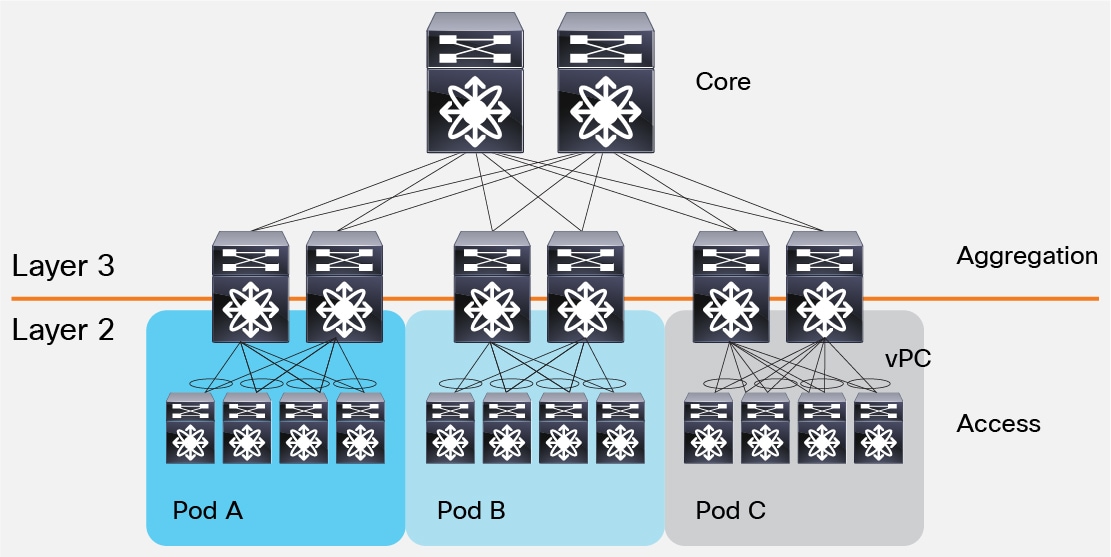 Load Balancing across the Data Center

To spread traffic evenly across the servers in a Data Center, Microsoft invented Valiant Load Balancing in 2009. It achieves balance by inserting an “indirection level” into the switching hierarchy. The switch is selected at random - and once it is selected it finishes the job of sending the traffic to its destination. Picking random interaction points to balance traffic across a topology actually comes from multiprocessor architectures and has been rediscovered for data centers.

Similarly to Valiant, Jellyfish networks Data Centers randomly, to support high throughput (eg for big data or agile placement of VMs) and incremental expandability (so you can easily add or replace servers and switches).

Here is a FAT tree - you can see the congestion at the top (Access) level: 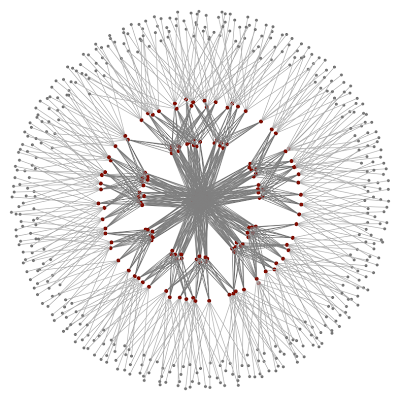 Jellyfish’s topology is a “Random Regular Graph” - each graph is uniformly selected at random from the set of all “regular” graphs. A “regular” graph is one where each node (a switch, in this context) has the same degree.

Here is a Jellyfish - having no structure is great for robustness! 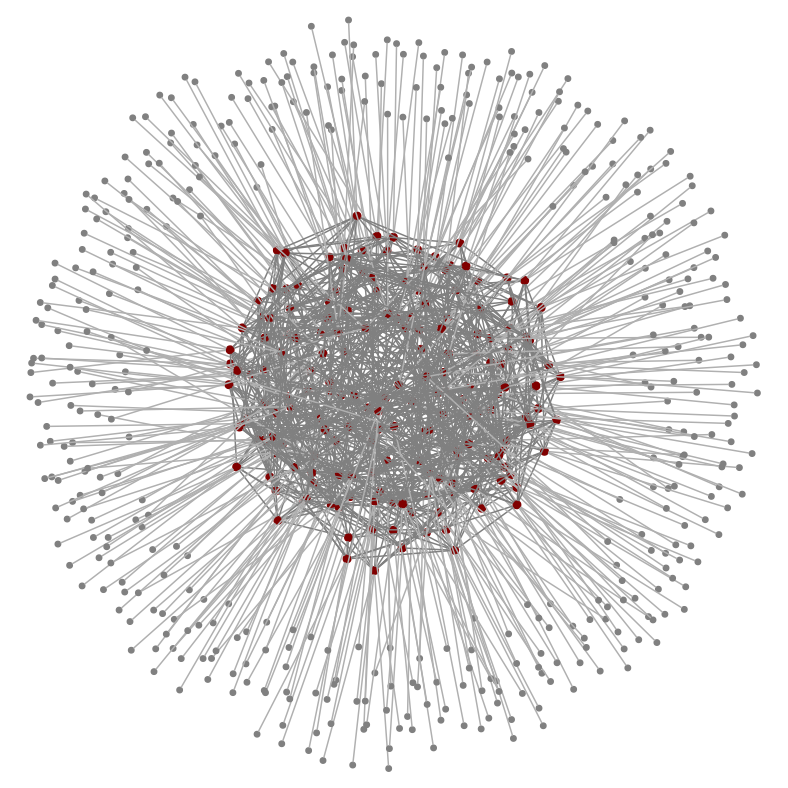 Hopefully this has been a good high level overview of how Traffic Engineering works. I am planning more primers and would love your feedback and questions on: