This is the first in a series of class notes as I go through the free Udacity Computer Networking Basics course.

For much of this information our chief reference is David Clark’s The Design Philosophy of the DARPA Internet Protocols paper published in 1988.

The fundamental design goal of the Internet was to achieve “effective multiplexed utilization of existing interconnected networks”. In English, that means we share usage of connected networks. 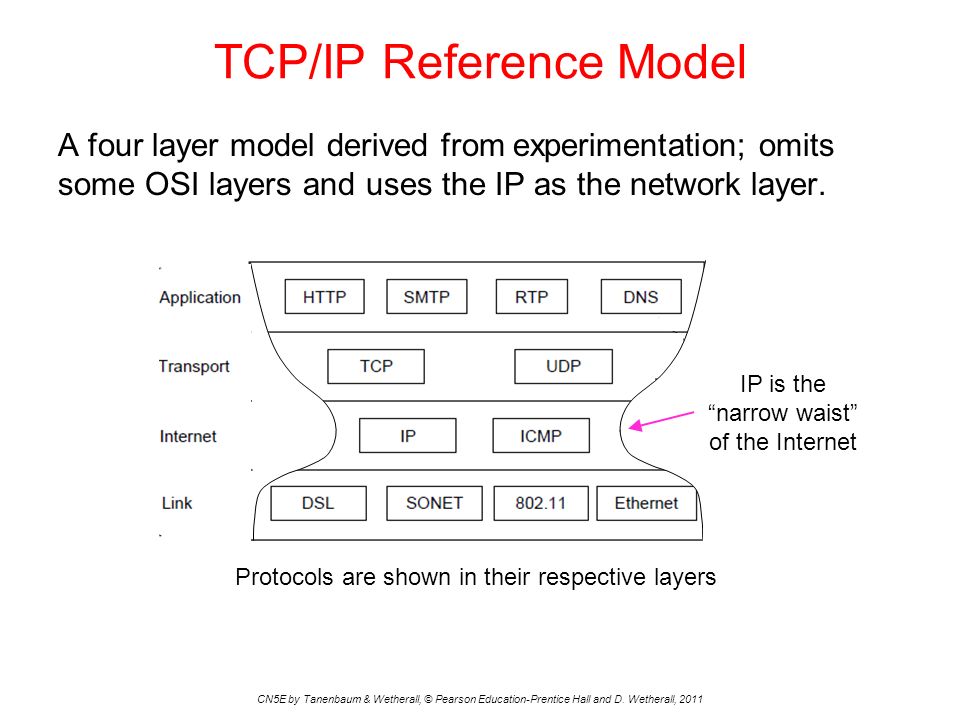 The secondary goals all consist of further defining what the word “effective” really means in the “fundamental goal” listed above:

We don’t have space to discuss the implications of them all here, but will dwell on a few important ones.

We take this to mean that the network should continue to work even if some devices fail or are compromised.

How do we achieve this? One way to do it is through replication, where we duplicate state in another node so that there is always a backup ready to take over in case of failure. However this trades off against cost, another of our goals.

Another interesting method is fate-sharing - where if the node disconnects, we consider it acceptable to simply lose all information relevant to that node.

The Internet’s “narrow waist” design allows multiple protocols to be supported over IP, not just TCP (as previously discussed). This lends itself very well to picking the right protocol for the job, for example picking UDP for the purpose of streaming data since it is more important to be realtime than to be completely lossless. You can even use a combination of protocols to get the best of both speed and losslessness.

The “best-effort” principle of delivery also means data can be delivered over and between any sort of network (including carrier pigeon!!) with the tradeoff of difficulty of debugging since no failure data comes back.

Distributed management of resources can be seen in how Addressing is achieved - which I will detail in a future primer. We have five Regional Internet Registries worldwide - In the US we have ARIN and the European equivalent is RIPE.

We also have decentralization in naming - DNS delegates the responsibility of assigning domain names and mapping those names to Internet resources by designating authoritative name servers for each domain. Routing through Border Gateway Protocol (BGP) is decentralized as well between peers and communities. We will also return to both in a future primer.

Because no single entity is in charge, the Internet has been able to grow organically and is very stable. However the lack of ownership also makes it hard to address problems. 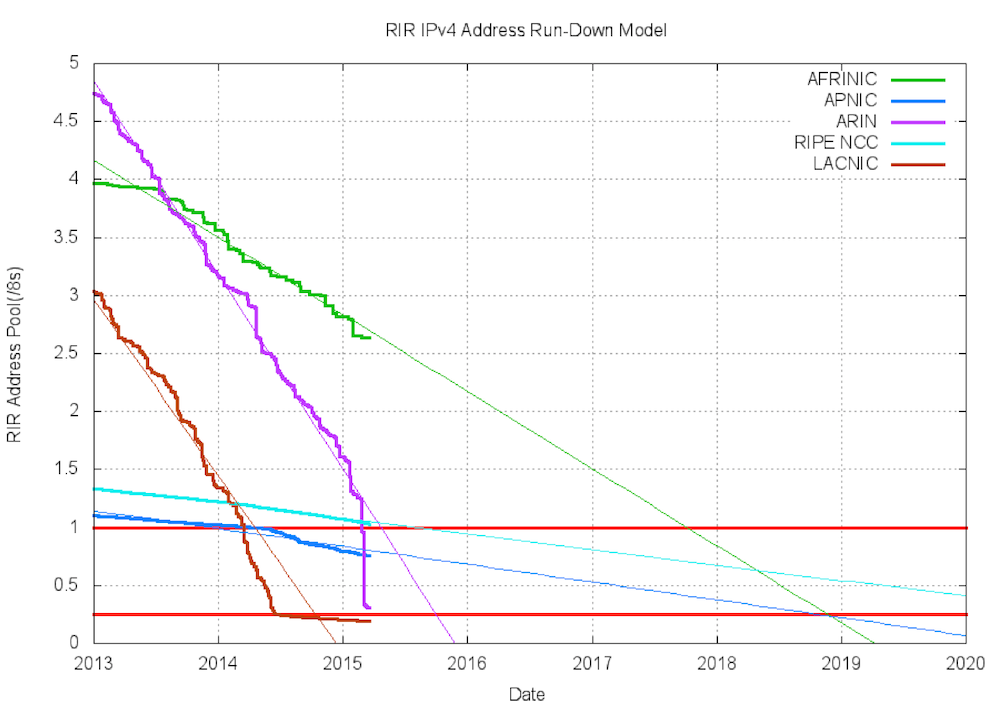 Many of the problems we see on the Internet today are a direct result of the needs of the network outgrowing the design considerations of the 70’s and 80’s: