I grew up in Singapore and moved to the US for college and work, so I have a good sense of what the average American thinks about Singapore. I think there is something they seriously under-appreciate: Singapore Mixed Rice.

Its Wikipedia entry is wholly unappetizing. Let’s fix that. 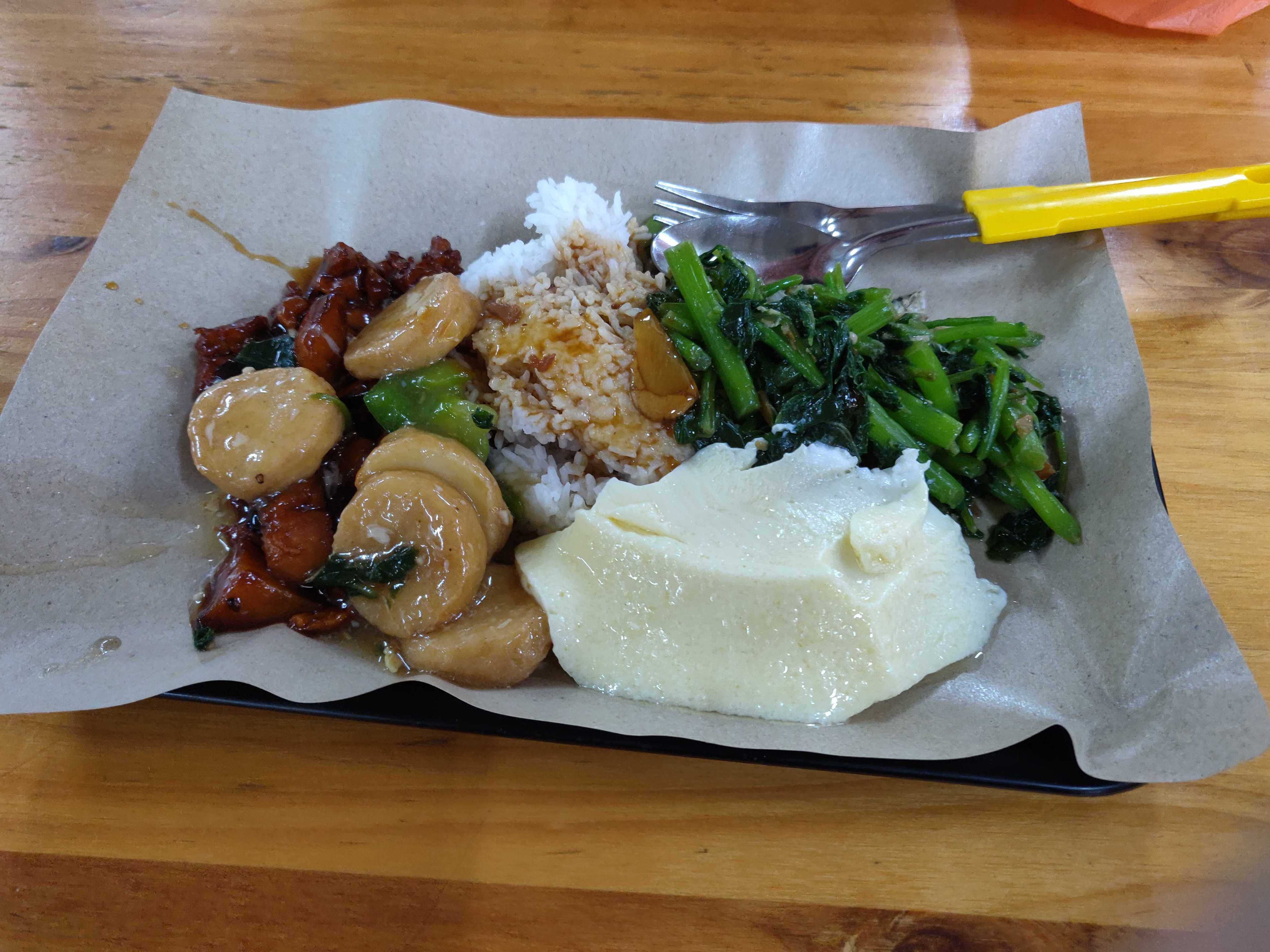 This dish costs 2.45 USD (GDP per capita is the same in both countries), isn’t actively bad for you and is enjoyed by rich and poor alike.

By contrast, you cannot get a decent meal in US (coastal) cities for under $10 without resorting to fast food. This has knock-on effects on healthcare.

Mixed Rice is the great leveler of Singaporean society and nobody talks about it.

When Americans talk about Singapore, they often talk about three things: the public housing system, Michael Fay, and most of the locations in Crazy Rich Asians. If you’re particularly wonky, you might think about the civil service, healthcare, and education system.

All great points, but if you’ve spent most of your adult life straddling both countries like I have, they can often feel like putting the idea of the country on a pedestal. Normal people don’t think in terms of healthcare or housing policy.

But food? Everyone can get behind food. It’s the one thing that unites literally every overseas Singaporean.

The reason mixed rice is “mixed” is that all the food in a mixed rice store is modular. You start with rice (optional), and then pick whatever ingredients you want. 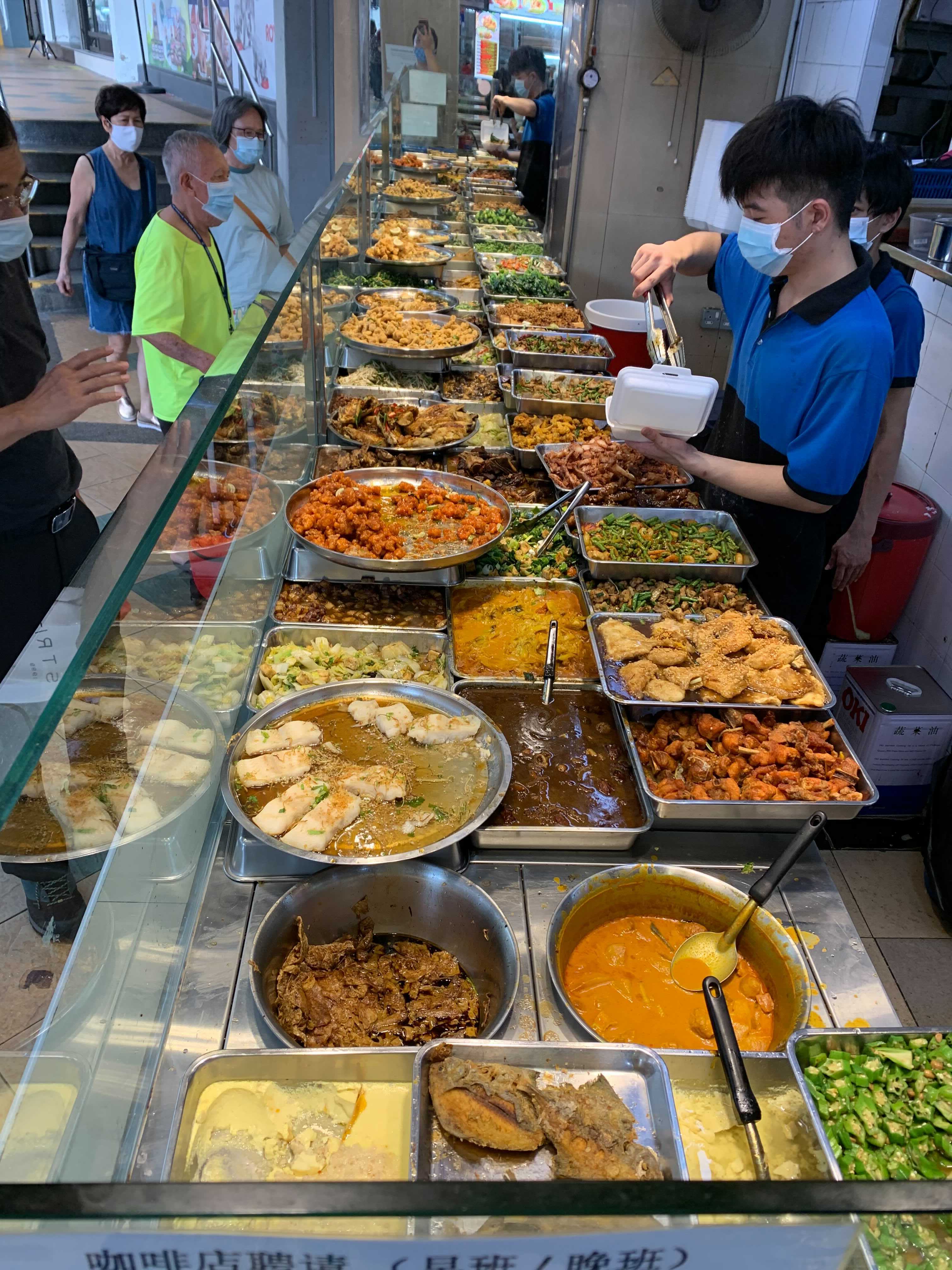 Trick question: there is no menu. You point at the thing you want and they put it on your plate. Think about this every time you sit down at a restaurant and stare at a long inscrutable list of names.

Mixed Rice is primarily served in hawker centres and food courts, which themselves are choice factories - a dining group can eat together but pick their meal according to individual preference.

The low price of mixed rice surely owes a lot to the shared-real-estate economics of food courts, sometimes with explicit subsidy from the government, sometimes implicit with migrant workers.

But I think it is also due to the high-volume nature of the business model. Mixed rice stalls, in direct opposition to restaurants and even their neighboring hawker stalls, adopt a factory-line-and-warehousing model of production. All food is precooked, so there is zero wait time for prep. Customers line up with one worker, who then packs what they pick, and the pair move down the line right to the cashier. The worker then cycles back to start processing the next customer.

Once you start, your meal can be in your hands in 2-3 minutes. Usually 2-3 workers do this in parallel so there is a constant flow of customers down the line.

Think about this the next time you sit down at a restaurant, order something, wait 15 minutes for to be served, and when you’re done, waiting 15 minutes for the bill to come to you.

While a normal hawker stall might handle 10-20 customers per meal time, a mixed rice stall can process 100-200. Amortizing the cost of workers over this higher volume, as well as not directly paying for seating, leads to lower unit prices. (Though its worth noting that rent is higher and the number of mixed rice stalls is typically limited to 1 per food court)

Having the “floor” of your cost of living be so cheap has a lot of knock-on effects for your economy:

In my memory, the inflation of mixed rice itself is negligible - I’d guesstimate 20% over the last 20 years. I have no proof and a limited understanding of how all the contributing factors came together to produce this result, but I have a strong suspicion that managing Cost of Food is the baseline to managing Cost of Living which is the baseline to keeping “real” inflation in check (Food is traditionally excluded from Core Inflation measures, but of course it is inescapable for the average citizen).

I hope to have expanded your notion of a key part of Singaporean living today. Americans who know Singapore food tend to gravitate to the delicacies - Chilli crab, Laksa, Chicken rice. But you can’t have those every day, especially if you want any meaningful amount of vegetables in your diet.

I often look at American food courts and wonder how something that works so well for Singapore (cheap and not-horribly-unhealthy) can work so badly there. The closest analog America has are the Panda Express stores, which offers far less choice, fries everything beyond recognition, and charges you $10-15. I do hope someone figures out how to replicate this model someday. 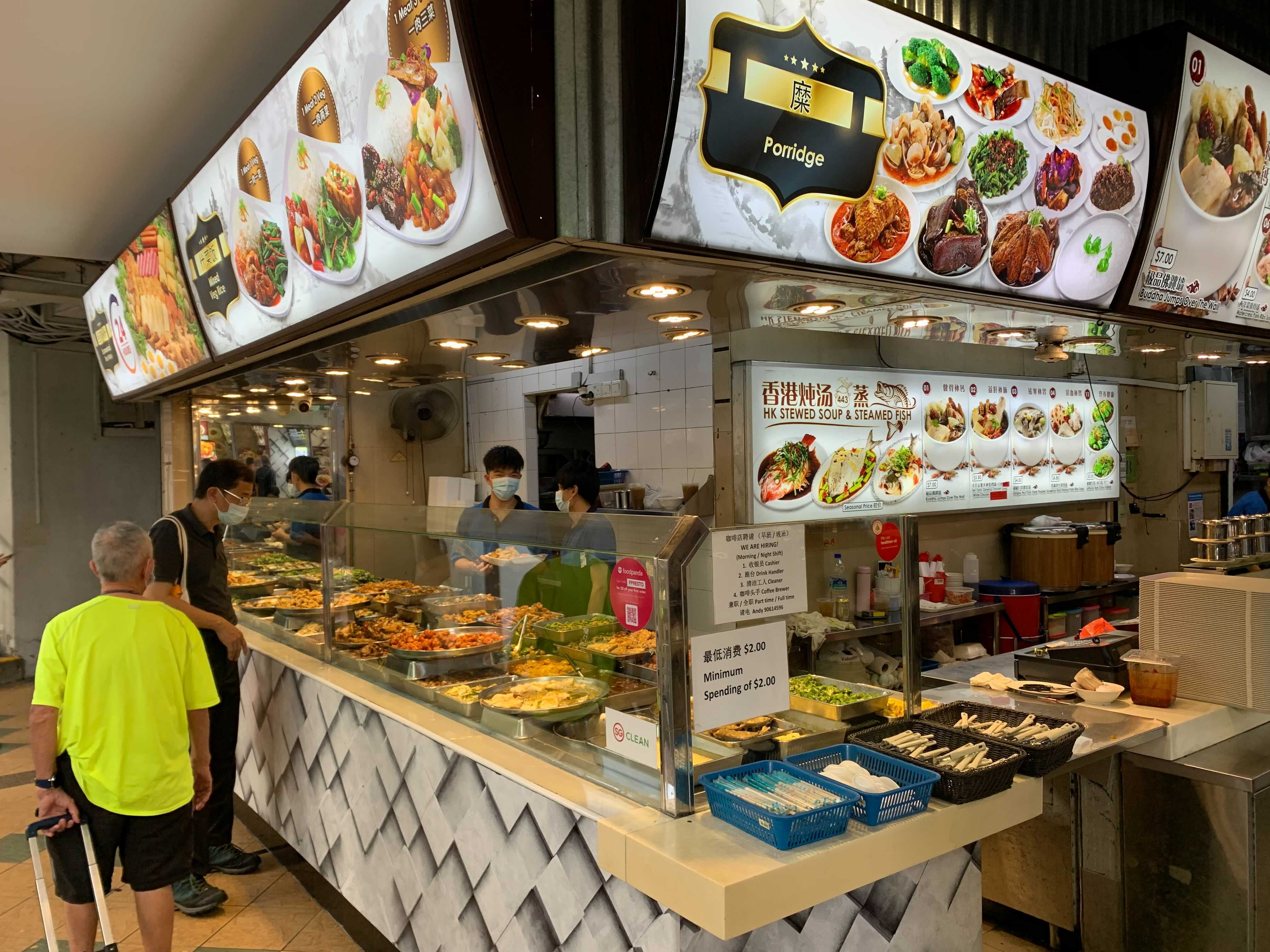