$120k in Infoproduct Sales - How to Extend the Long Tail

I launched the Coding Career Handbook almost a year ago and since then have been focusing on long tail revenue, while keeping my day job as a Part Time Creator. 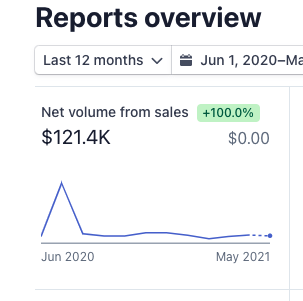 Since launch (day, month, cheatsheet) I’ve been consistently hitting around $1-2k a week in infoproduct revenue, with a high price point ($59 for just the book, $249 for book+community+behind the scenes), and no sales apart from Black Friday. 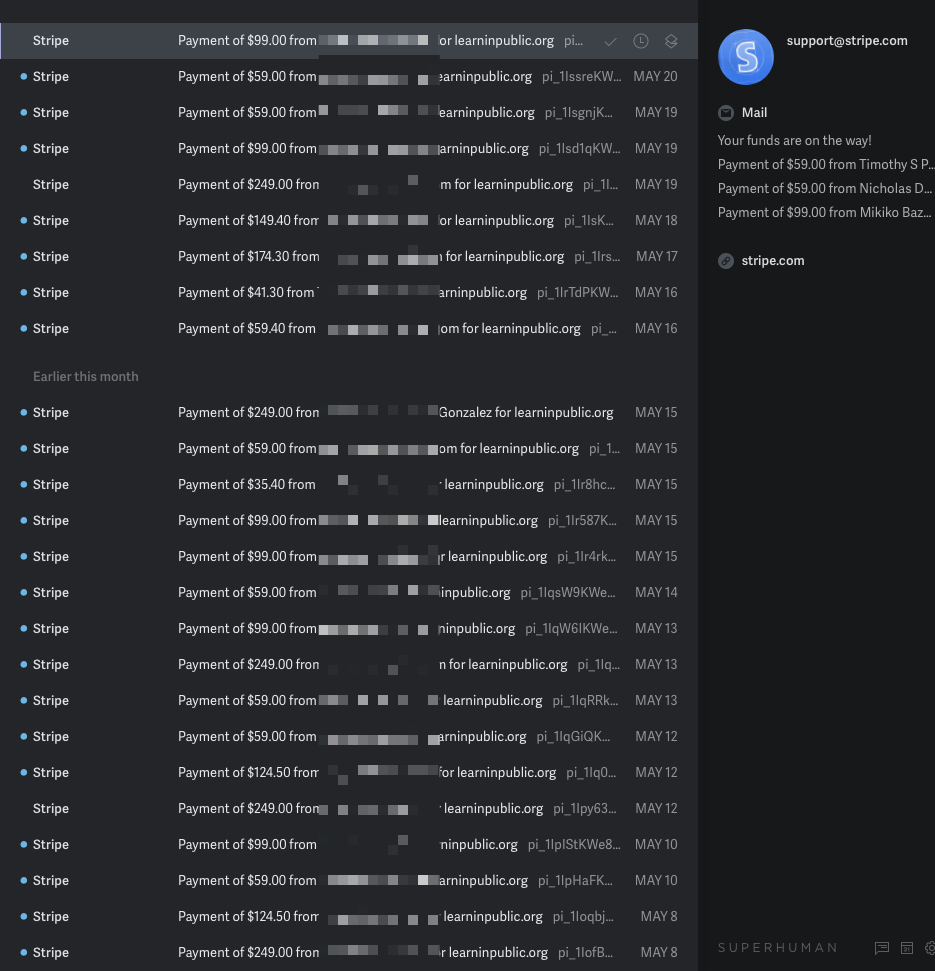 Off the top of my head these things helped extend the tail:

I spent about 600 hours writing the book.

I think creators should spend equal time marketing as they do creating.

So I probably still have a ways to go, not inclusive of a planned v2 of the book this year.

Let me know what other questions you have!

Emma: How do you identify your niche and gauge their interest?

blog a lot and see what works 🤷‍♂️

a set of good posts = the mvp of a book

Akcium: Do you have a newsletter?

I have a personal newsletter, but decided not to do a separate book newsletter.

I probably lost a lot of potential sales that way (bc its a way to extend the relationship if people are noncommittal), but it felt like extra work that I wouldn’t enjoy. I’m more of a twitter native.

Akcium: Would it be reasonable to make a separate twitter for a …book?

I don’t actually think most people should make a separate twitter.

I only do it so as to shard my content because it is important that my main twitter not become too self promotional.

If you are just starting out building an audience, just build one, not two.

unemployability: How did you finally settle on those price points?

hey! yeah so pricing is a weird one - I approached it as a shock therapy exercise since I didn’t need the money. You know how @patio11 and @csallen are always telling people to raise prices? i took that as far as I thought I could for a book:

Higher prices can always be discounted in future… much harder to raise them. I also have something worth more to offer, when for example, i do a talk at a conference and they want to raffle off something.

Rob Fitzpatrick (author of the Mom Test): Happy to see you mention spending a significant amount of time on the creation. So many people in this space seem obsessed with churning stuff out more quickly, whereas I always feel that it’s more important to spend whatever time is required to make the end result most valuable.

Yes! That’s what rubs me the wrong way about Daniel’s “pump it out in 2 weeks” thing. It’s of course great to make your first dollar on the internet, but no customer wants to hear how little you worked for their dollar.

Bhumi: What is your main distribution channel for the long-tails post “launch” month growth? Is it mainly Twitter? Does your community help with the ongoing growth?

I listed a few channels above, and word of mouth from community (special shoutout to Tre Tuna from Amazon/Hack Reactor!!) has definitely helped. But I don’t check my stats so I don’t know what the main contributor was.

I generally subscribe to the idea that people have to hear about you at least 3-4 times before they decide to buy your stuff so thats why I don’t really bother.

Just put out as much as I can given the time limits that i have, and let the cards fall where they may.

TypeofGraphic: What advice would you give around starting and growing a community?

TypeofGraphic: If you did it again - another book, another topic maybe. What would you do differently?

If i did it again, i’d make a short book - like, 100 pages, price it at $9, art design the heck out of it because everyone judges a book by its cover and illustrations. I made the mistake of aiming for the high end when I did my pricing and product and perhaps could have done better just going for reach first.

When you do a book, you can either go for money or go for reach. I naively went for money. Better play is to make first book for reach, so that everyone is HUGELY IMPRESSED, then second book for money.

manast: Just one question, how did you grow your Coding_Career twitter? did you have a large audience already in your regular twitter that you managed to engage in your new twitter account, or how did you do it?

i think i had about 15 or 16k followers when i launched that twitter, its middle sized? idk.

for Coding_Career i think just tweeting focused threads like this one. I have more dev twitter advice in the book. :)