One of my biggest and scariest projects of 2022 was co-organizing the first-ever DEV | WRITERS | RETREAT in Miami! 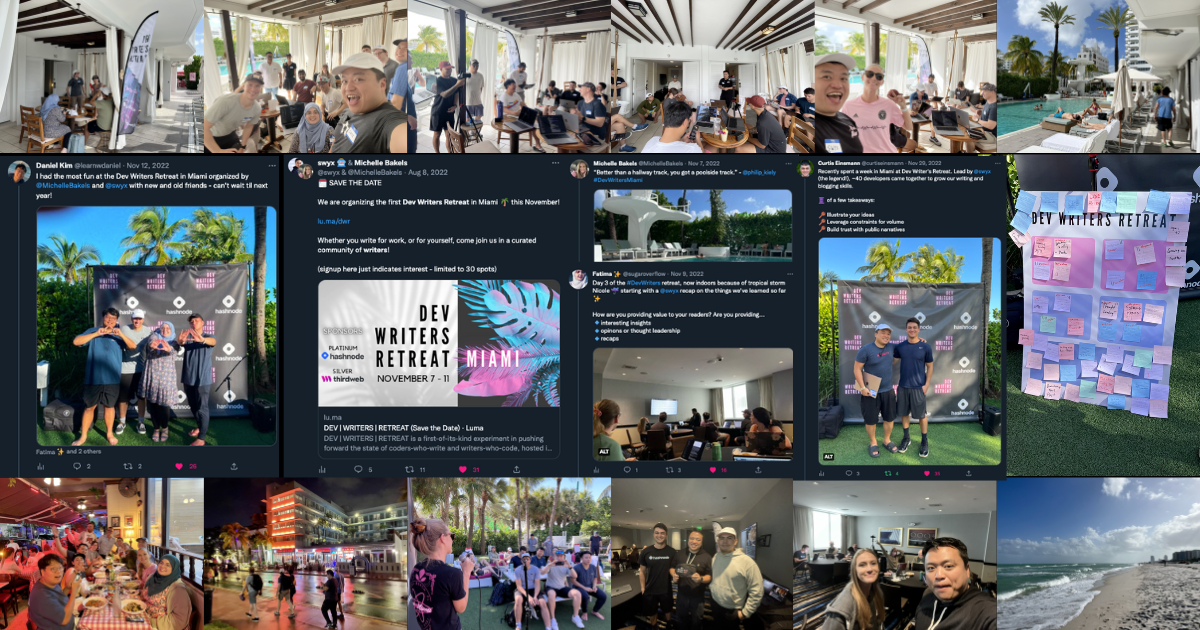 TL;DR: This post is a brief recount/review of my experience co-organizing the first DEV | WRITERS | RETREAT in Miami, sharing lessons and opening up for others who might be interested in doing the same for their own circles (I’ll help you!).

The Magic of Writing Retreats

This seemed like an inefficiency and I realized that if developer writing retreats were ever to be a thing, I would probably be one of the few people to try leading one to produce proof-of-viability.

My hypothesis was that a writing retreat would provide one or more of these services for attendees:

I had just come off a streak of manifesting meetups in NY, SF, and London this year, and was looking to showcase Miami to more folks during the cold winter months. But I knew I needed a partner to help with organizing, so my first port of call was to Michelle who pulled off a fantastic React Miami in April. She said yes, we picked a date 3 months out (yes a tight timeline! but we wanted to do it before Thanksgiving) and announced it with a lu.ma waitlist:

The format we landed on was as stated on the invite:

We figured the morning on/afternoon off format would give people flexibility in the afternoon if they had to work remote, or if they wanted to just write, while providing enough content in the mornings that people could learn and discuss something in a more formal setting. Friday we figured would open up for a freestyling Unconference, which has fallen out of style in recent years but we had seen be successful enough to want to try for our group (Jeremy Howard also recently held an Unconference in Brisbane for the Fast.ai group if you want to use his format).

I also guesstimated (correctly) that November would be a period when people would be looking to catch up on their writing and have some education budget leftover.

The hardest part was estimating costs.

So in the interest of helping others do event planning in future, here were the rough budget splits for our 22 person Writing Retreat + 52 person Unconference:

We were standing by for extra Accessibility and AV expenses if needed but we ended up not needing them. Ticket sales ($500 for the 5-day full retreat, $100 for the 1-day Unconference) + sponsorships from Hashnode and Third Web (thanks to prior work/contacts) ended up covering most of it and I covered the small shortfall (making a profit was a non-goal).

For the future organizer: We’ll review lessons on costs and venue down below, but in case you’re worried, I do believe you can significantly bring costs down from where we had it.

Once we were announced, we were committed and had to do marketing. The venue somewhat sold itself, Michelle’s and my prior event work built some trust, I managed to personally invite two dream attendees Philip Kiely of Writing For Software Devs and Monica Lent of Blogging For Devs with their own following, and finally some of our own attendees kindly spread the word for us after booking their tickets.

Part of our goal was also to help build up the Miami tech scene, so Michelle also did an interview with Refresh Miami and reached out to local student contacts and tech companies. Ultimately these weren’t as successful as we hoped but fortunately our online reach was sufficient for us to not really have to worry about the marketing side of things (though it felt a lot shakier going thru it than it does now typing this).

For the future organizer: Marketing is important, but know that there are many people who are keen to help you even if they personally can’t attend (like me!). Building your way up from organizing smaller meetups can help, but also getting a partner like Michelle with large event (400-800 people) experience can help make up for your lack of organizational expertise (or credibility for that matter).

The part that was my sole responsibility was the workshop content. I’ve done 2-4 hour workshops before on technical topics for groups of 20-50, but this would be my first time teaching on writing for 2-4 hours a day for 4 straight days 😱 .

For the future organizer: If you are reading this looking to organize a writing retreat, this might scare you, but you should know that this is also optional. There are writing retreats that have no “content” whatsoever, and leading the retreat just means communicating what the common schedule is and facilitating discussions.

Part of what helped with the impostor syndrome was the framing of this thing as a “retreat” rather than a “workshop”. I would be a draw and an authority people can lean on, but far from the final word on things, and people could work on things their way if they wanted and still be a success.

Still I wanted to give it my best shot. I set a daily theme, and came up with prereadings and exercises for each day. That’s really it (well we also came up with extra topics on AI writing, conference speaking, and hiring virtual assistants! based on attendee interest)

You can see all the exercises and reads on @Nutlope’s repo: https://github.com/Nutlope/devwriting

(but unfortunately for you and beneficially for attendees, the exercises were definitely more fun and interactive in person! Probably my best decision was to kick off the retreat with “flash writing exercises” and no preamble, and then later on to doing interactive quizzes, which I think everyone liked.)

The point of the Unconference was that the attendees would come up with their own topics or go deeper on anything we had done during the week, so I was “off” on the Friday though I still made a point to bounce around if people wanted my input. Fortunately there were attendees like Mark who ended up just leading his own impromptu sessions on open source :) 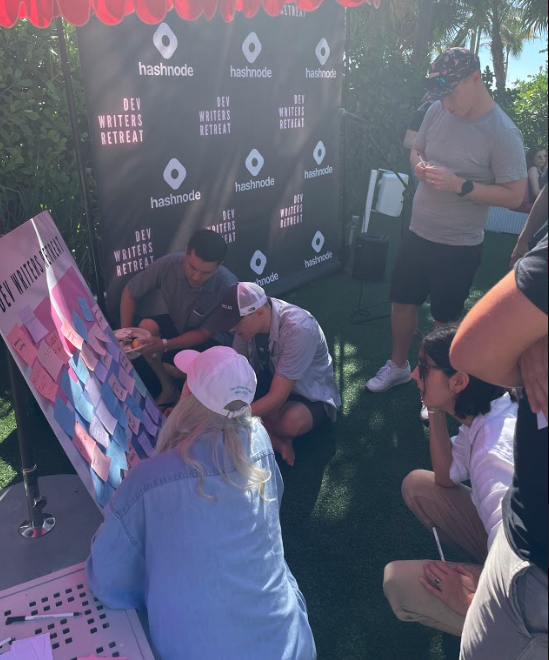 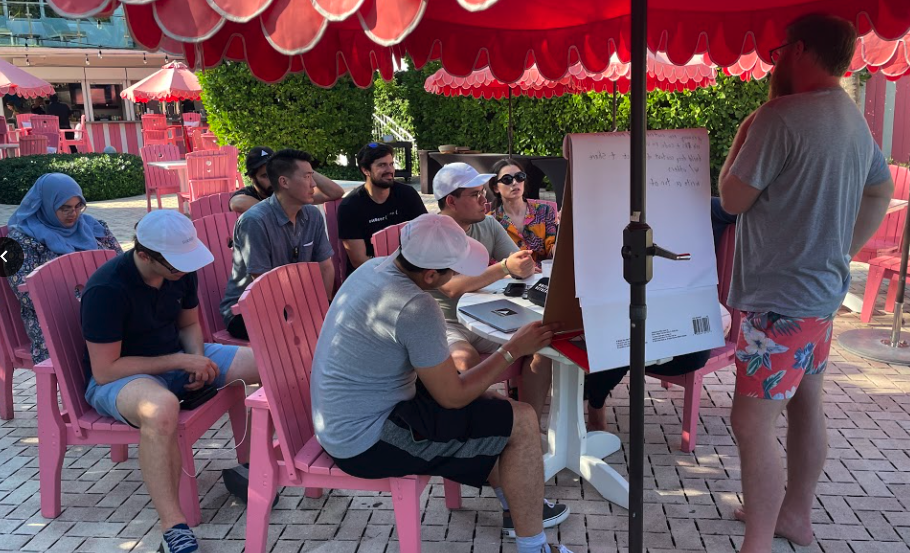 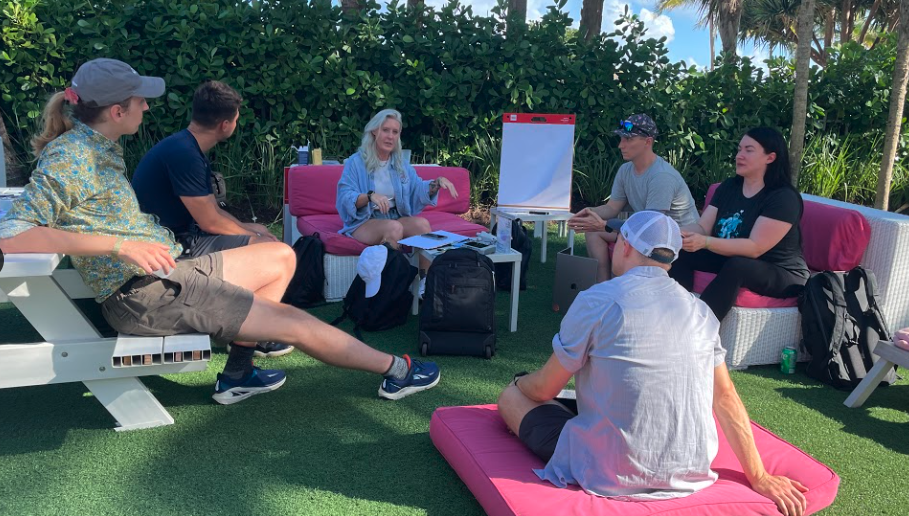 We did an optional post retreat survey of attendees and there were a lot of learnings, but I am most proud of this: 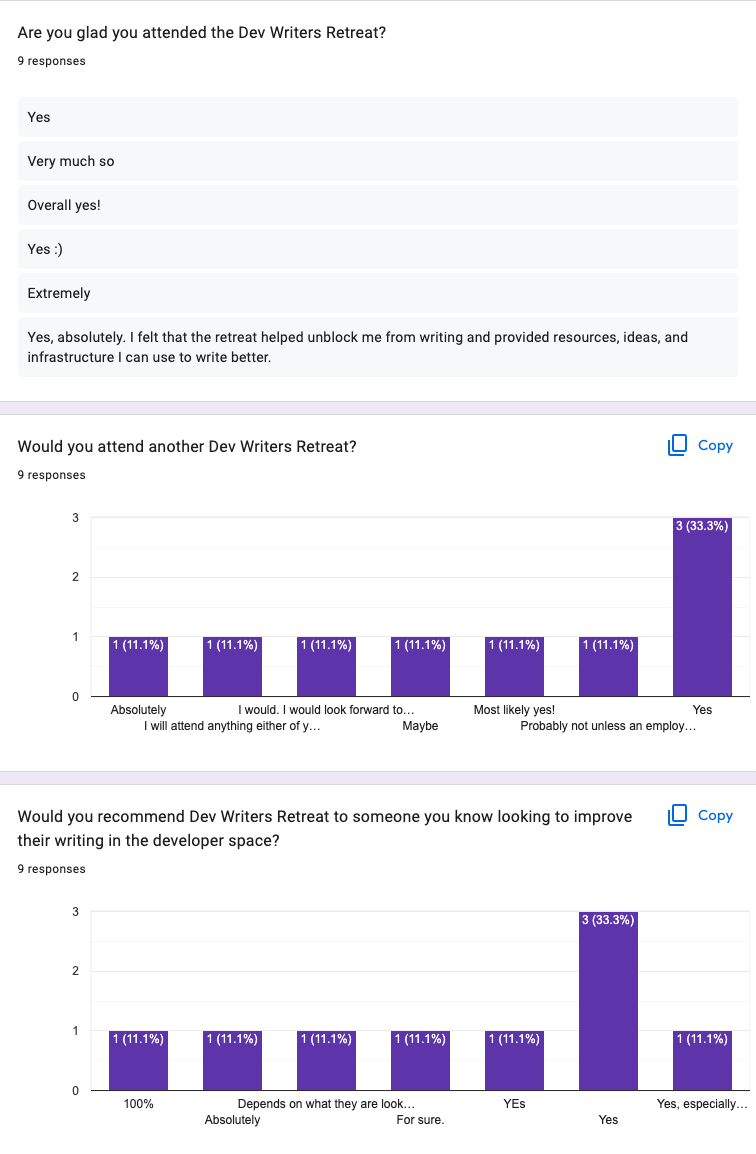 The qualitative responses were also great: 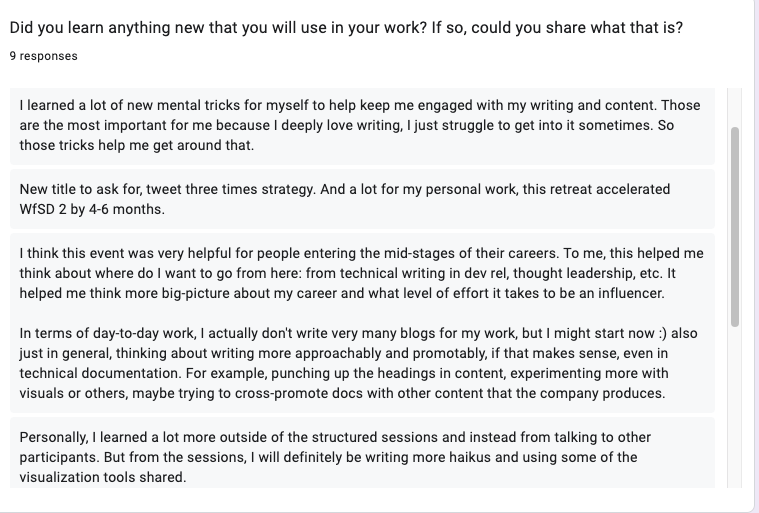 I was also happy that some attendees got started with their first blogs ever (on Hashnode!), others pumped out half a dozen in a week, and yet others overcame very specific challenges they were running into at work (too many to shout out, but peek the #devwriters hashtag on Twitter).

We also hung out for a bunch of social stuff in and around Miami which is perhaps the intangible part of the retreat :) 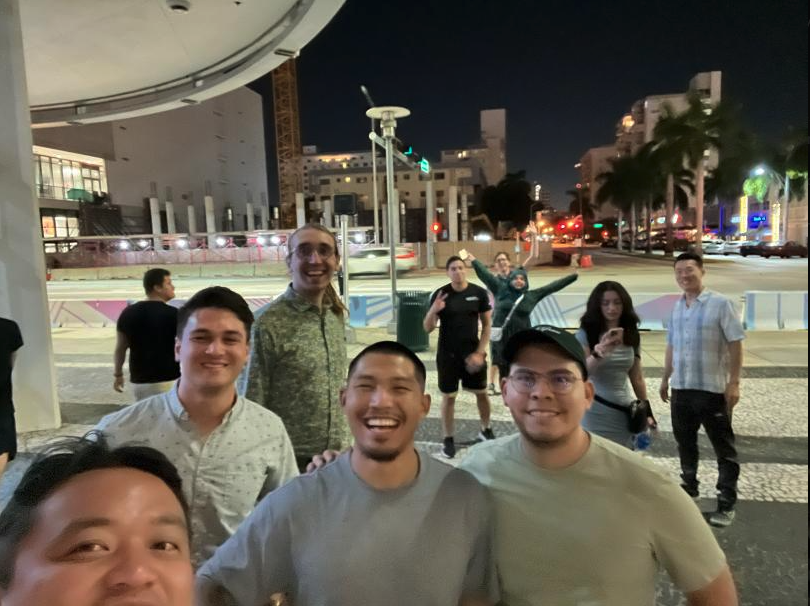 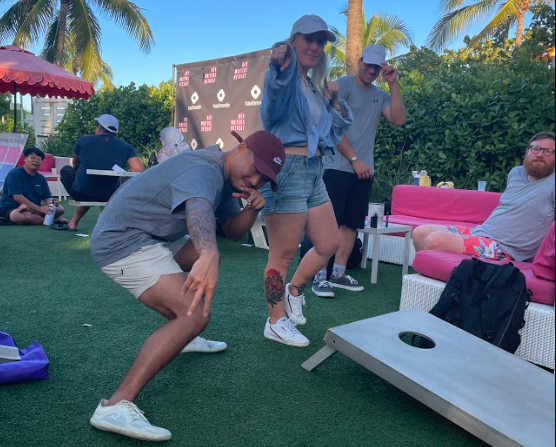 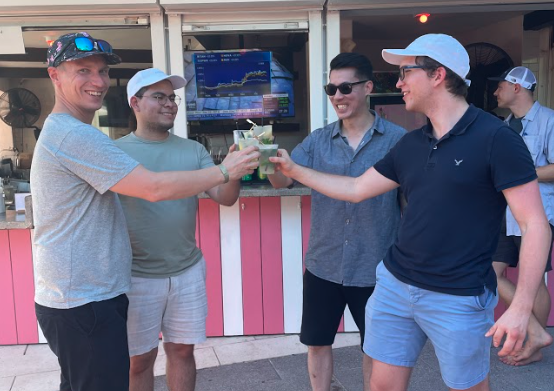 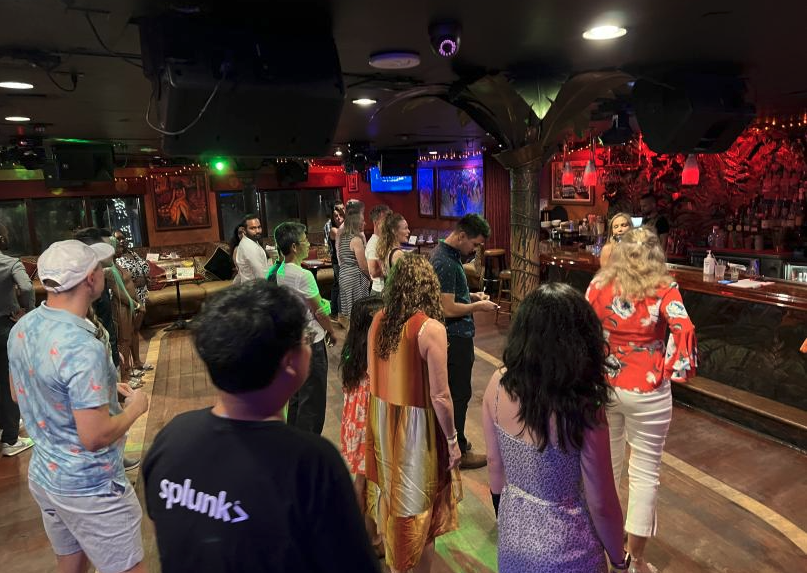 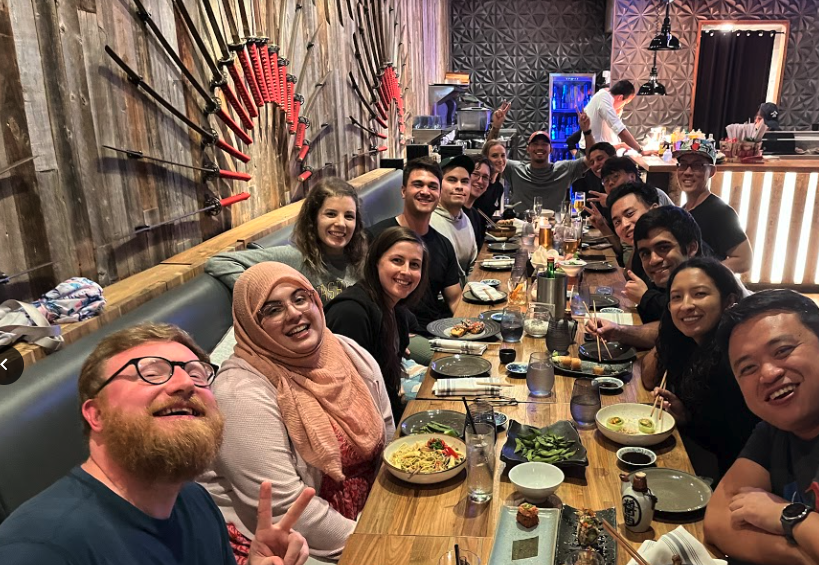 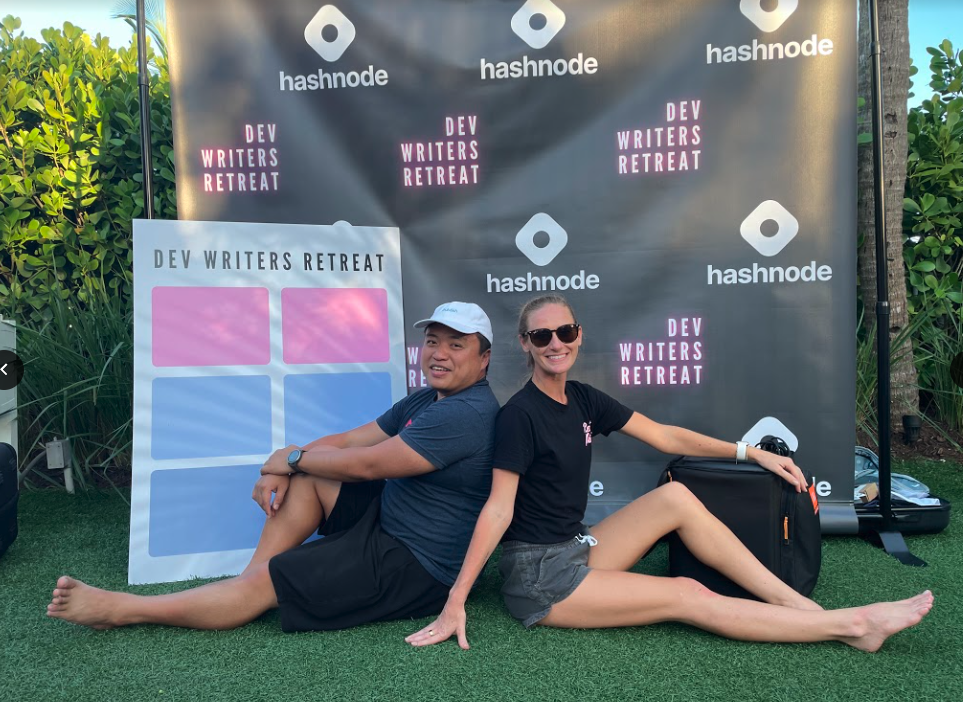 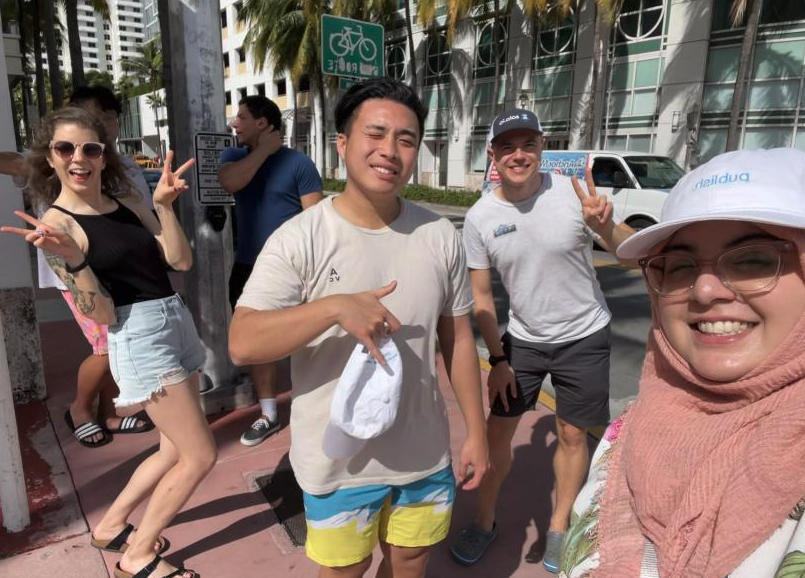 My colleague Justin kindly volunteered to record all the sessions and so we hope to have some form of video recording up for attendees.

From a mix of survey feedback and personal reflection:

On a personal angle, perhaps the hardest part of organizing was juggling this with my day job. My team and I gained responsibility on two major projects that I hadn’t anticipated when embarking on this retreat in June/July, and most importantly it meant that we would be running our company conference (virtual, not in person) just 3 weeks after the writing retreat, with all the requisite speaker and marketing prework. That was quite stressful and definitely could have been planned better but shit always happens and you just roll with it (it gets easier over time).

Any other questions I can answer for you? Toss them into the comments below :)

But most importantly YOU can host one too!

As for the post-retreat wrapup, Michelle and I met once more to go through every item of the survey responses, settle the retreat finances and discuss future plans. The biggest question was “will we do this again?” We were both interested but with major changes possibly coming in 2023 we could not commit to a Miami date yet (though I love the play of getting everyone to come someplace warm while it’s cold). I’ll definitely host one again at some point, perhaps with an online component for broader accessibility.

I got interest from friends on doing London and Bali versions of Dev Writers Retreat, but I don’t think I could host them all - it’d be terrible for the planet, and it’d take a bunch of time away from other things I want to do in 2023 (I’m not aiming to be a writing influencer!).

Still, writing retreats are awesome. As you can tell, they are challenging to pull off, but it was definitely one of the projects I’m proudest of in 2022 because it stretched me in so many ways, and benefited others as well.

Now that Dev|Writers|Retreat has demonstrated proof-of-viability, I write all this in the hopes that -YOU- could host one! I’ve laid out the blueprint for you here, and of course you can tweak and adjust to your needs!