Why I don’t usually donate

I’m not a big donor to nonprofit organizations. I spent some early years seeing how they work from the inside and came away with a deep distaste for their general lack of accountability. Often it is spent on fundraising and personal perks. Nonprofits do not have a monopoly on doing good; for-profits not only create jobs, pay taxes and fill a need for customers, but also have market forces (imperfectly) driving them to stay efficient.

I’m frankly just not a big donor, period. 2-3 disastrous financial decisions from me and my parents during college years left my family around $500k in debt at peak. I’m the primary earner now that both are involuntarily retired. pretty much every thing i have saved in the 10 years since is going towards paying that shit down.

But I also care a lot about impact - is my dollar going to someone that really needs it - and the relationship I have to the cause.

Why donate to FCC

On these two counts, FreeCodeCamp comes up tops. Quincy and team have proven themselves to do a lot with very little. But recent outages have forced Quincy to draw attention to their $300k budget. To be clear, they also get a lot of free services from companies. But they could definitely use more cash. Quincy is also very scrupulous around how he does fundraising - no ads, no nags - which I strongly identify with and want to reward.

I also care a lot about keeping quality coding education free. When I decided to explore learning to code, I wasn’t sure if I was cut out for it. So I kept my day job, and just did something on freecodecamp every day for 6 months. It was a struggle, but completing FCC was what gave me the confidence that this was actually something I could do and was worth quitting my job and investing actual money in. My story isn’t even special - at least I had a job to keep me going. Others have less.

I will also mention that I tried to give back to FCC through volunteering my time and code. I built the Redux example for their new course. But it was slow going and I didnt find it all that interesting to work on, if I’m being honest. I reckon my money goes further than my personal time here.

Why I want to donate now

I got a $20k raise this year thanks to Sarah fighting for me (I took a sizable pay cut in coming to Netlify, but also my “market value” likely has risen in the past year). In line with Effective Altruism, I have been looking for effective ways to spread this good fortune. I sent some money to ConcatenateConf, but I also had plenty of bad ideas - sponsoring people to JAMstackconf, buying Eggheadio memberships for random people. Doing this kind of thing triggers the economist in me. It is a fair question whether concentrated charity to a lucky few is more effective than diffused charity to a general cause.

Supporting FCC isn’t just about the learning platform. It’s also the publication and the Youtube Channel. This has a massive audience in India: 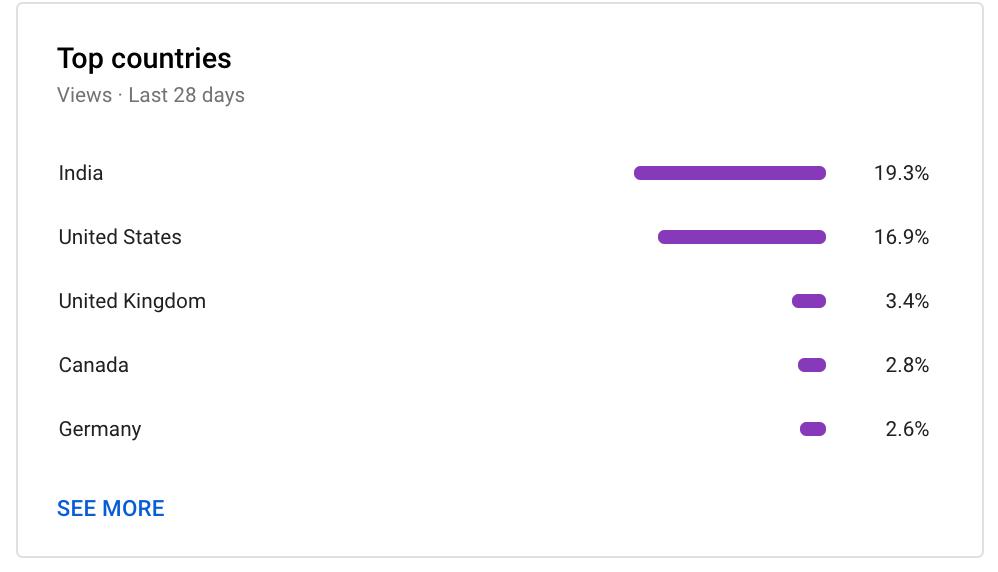 while of course also helping people in the US. Mostly I also like the idea that the students don’t just get random oneoff gifts, they have to work to realize the maximum potential of FreeCodeCamp.

By allocating $10k to FreeCodeCamp I’m effectively treating FCC as a bootcamp with deferred payment. For reference, I paid $17k to go to Full Stack Academy. They had stronger in person tuition, and also got me my first job, so it feels about right. I also like the idea that FCC just needs to produce 30 of me a year, out of a pipeline of millions (google says 350k students/month), to meet its annual budget.