Notes on 'Metaphysics and JavaScript'

Rich Harris gave an excellent unrecorded talk tonight at useReactNYC on Metaphysics and JavaScript. Much of it was above my paygrade, and I don't have access to his slides, but I love every opportunity to dissect Rich Harris insights so I figured I would jot down some notes from (my very holey) memory, in my words.

Because this talk had a lot of flair, and I am trying to learn how to package my talks better, I break it up into content vs style points, while acknowledging that it isn't Rich's intention to have these evaluated separately but its my blog so I call the shots.

Crux of the Argument🔗

I think I noted down all the substantive points in the talk here. A few of us reported losing the thread of the argument particularly in the 180 reversal from admiring immediate mode for gamedev to arguing that DOM's should be retained mode, but this was clarified in post talk drinks.

This talk was heavily wrapped up in a delightful package of metaphysical discussion, involving: 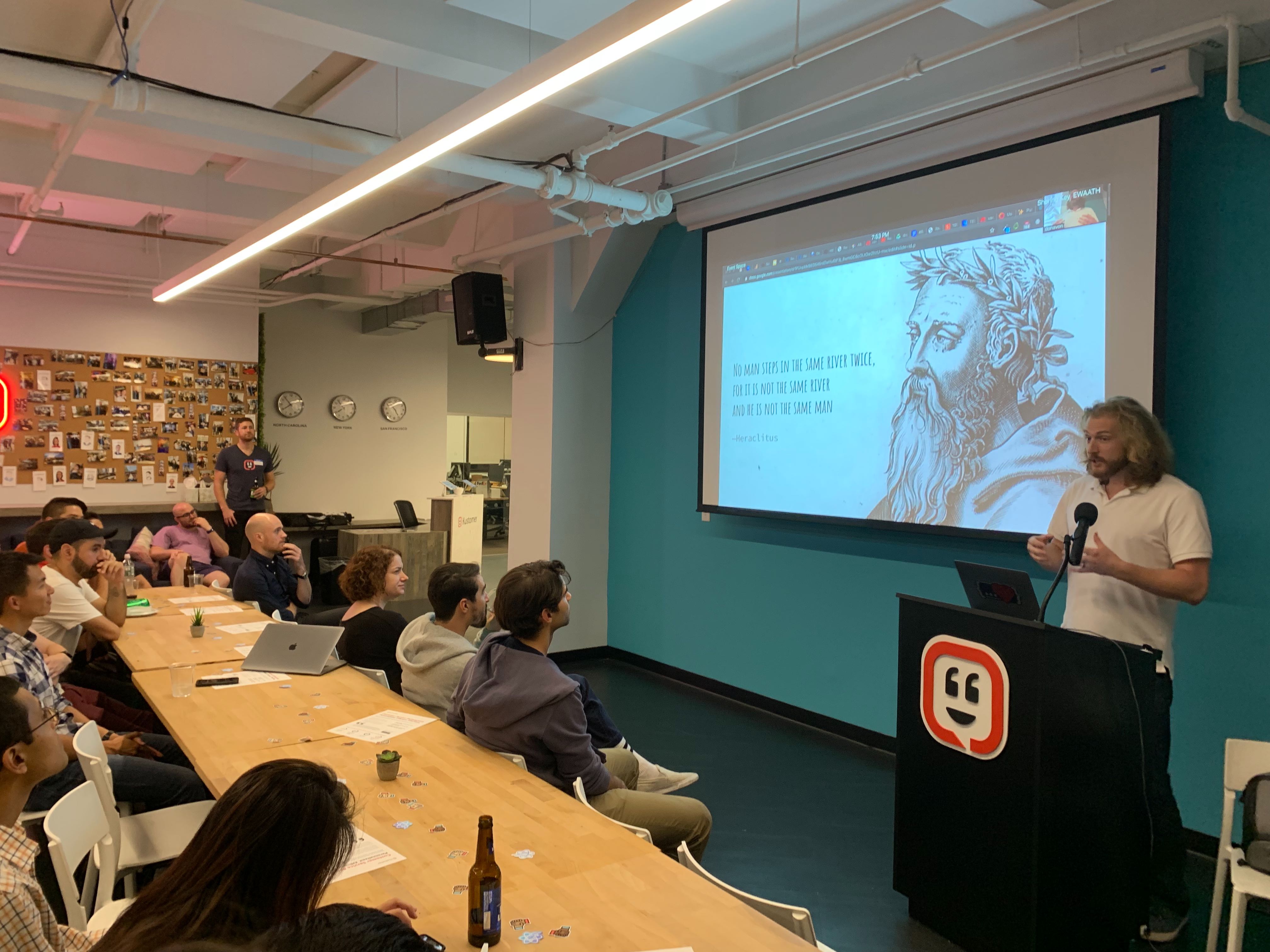 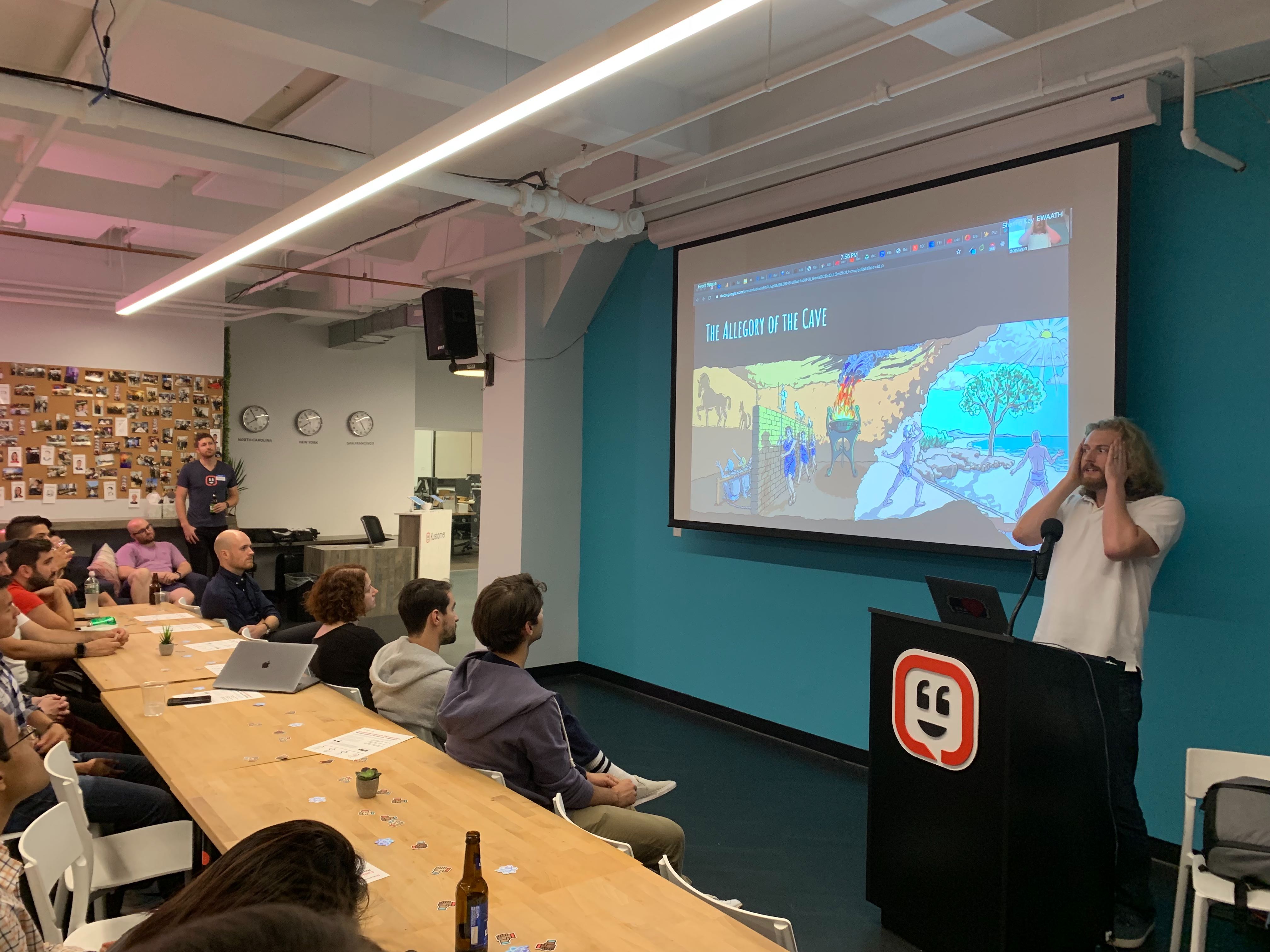 I found this approach extremely fun for a meetup talk, especially as someone familiar with all the allegories, but for someone new to any of these it might be too much cognitive load to juggle both the meta and the message. Eh.

There were also a couple other stylistic notes I loved, specifically in the introduction.

Rich started by recapping his 3 prior talks at JSConfEU, YGLF, and JSCamp Barcelona (not yet recorded, but meeting Jenn Creighton was the proximate cause of coming to speak at useReactNYC). I dont remember what exactly was said but each talk was neatly wrapped up and contrasted against each other in one sentence each and I thought that this was a very nice shorthand for longtime observers ("Previously on...") as well as homework for newcomers.