Cuttlefish aren't even fish. They just tricked us.

There are 3 major species of Cephalopod: Squid, Octopuses, and Cuttlefish. 2 out of 3 have emojis: 🦑🐙. This is an injustice because Cuttlefish are way cooler than the other two. 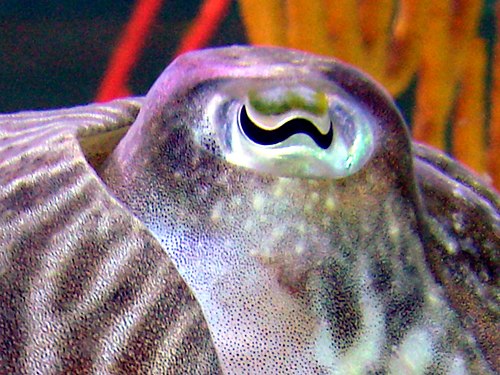 which stretch more than 180 degrees so they can see in front and behind at the same time.

Cuttlefish float like submarines, using a cuttlebone. Cuttlebones have both gas-filled forward chambers and water-filled rear chambers. So cuttlefish can change their own density.

Male cuttlefish compete for female cuttlefish attention by size. There are 5-10 males for every female so this is a big fight. Large males will block access to smaller males. Fortunately, cuttlefish can camouflage. Females have a mottled pattern while Males have a striped pattern. So a small male can get past a large male by changing its colors to look like a female. (Source)

Also cuttlefish mate by mushing their faces together. 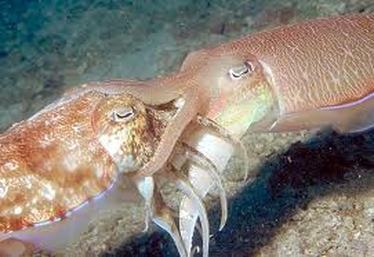 The male uses a special tentacle to put sperm in a special part of the female's mouth to keep until she is ready to lay her eggs.

Cuttlefish are color blind (they only have a single photoreceptor), but yet they can camouflage. In the dark. (Source)

It makes sense if you have a brain the size of a cuttlefish.

(The largest of any invertebrates)

Cuttlefish are much better color changers than chameleons. In fact they can change colors so fast they can shimmer and hypnotize their prey.

Sepia is named for the reddish-brown ink of Cuttlefish (the common cuttlefish's Scientific name is Sepia officinalis). They can eject it in two ways - the normal smoke screen to hide itself, but also they can wrap the ink in mucous to create a shadow duplicate roughly the size of itself, called a "pseudomorph", to act as a decoy.

Cuttlefish have green-blue blood, because they have hemocyanin instead of hemoglobin. (Source)

There are 120 different species of cuttlefish.

The flamboyant cuttlefish can't swim or float, because its cuttlebone is too small. It just walks on the seafloor. It also doesn't bother camouflaging itself. It is just fabulous. (also its venomous) 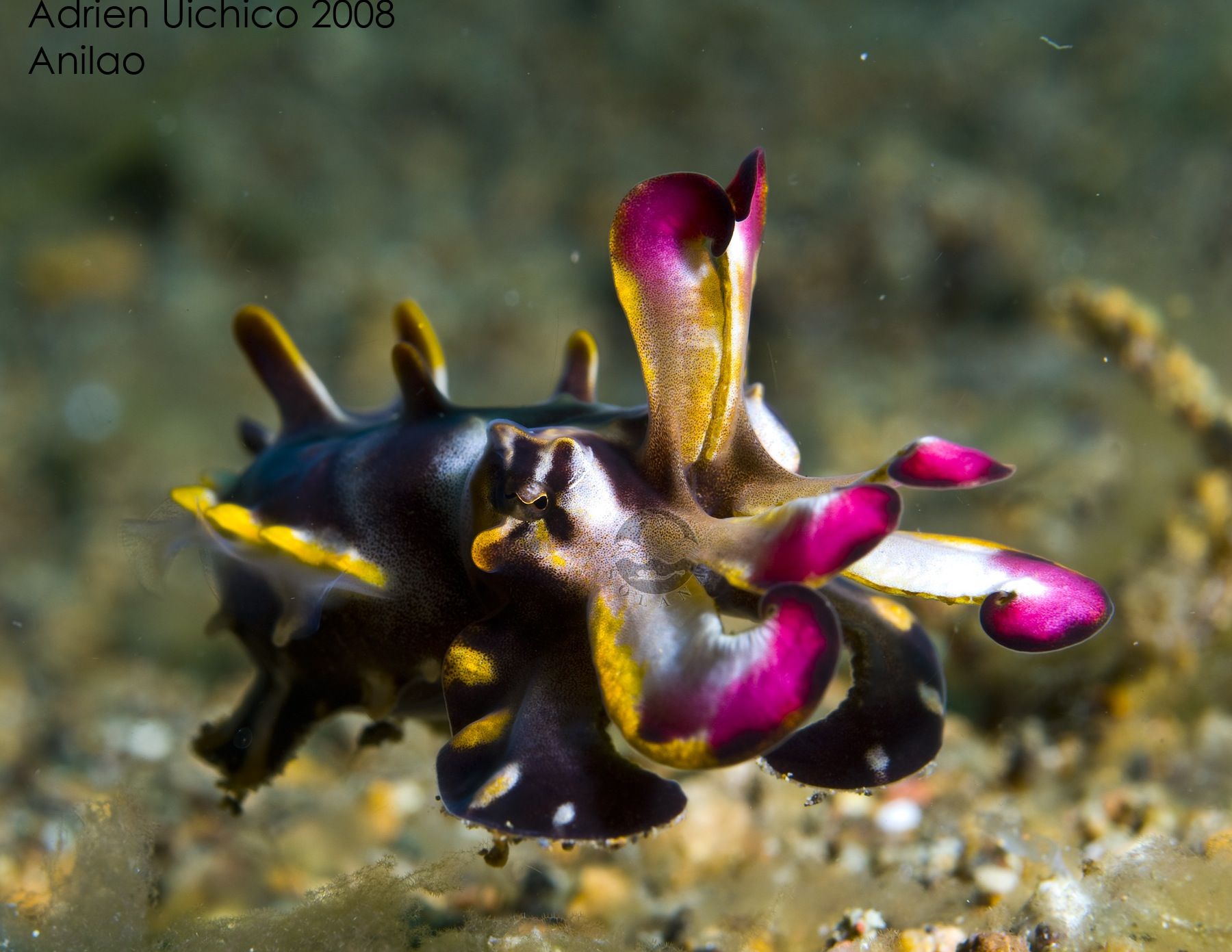 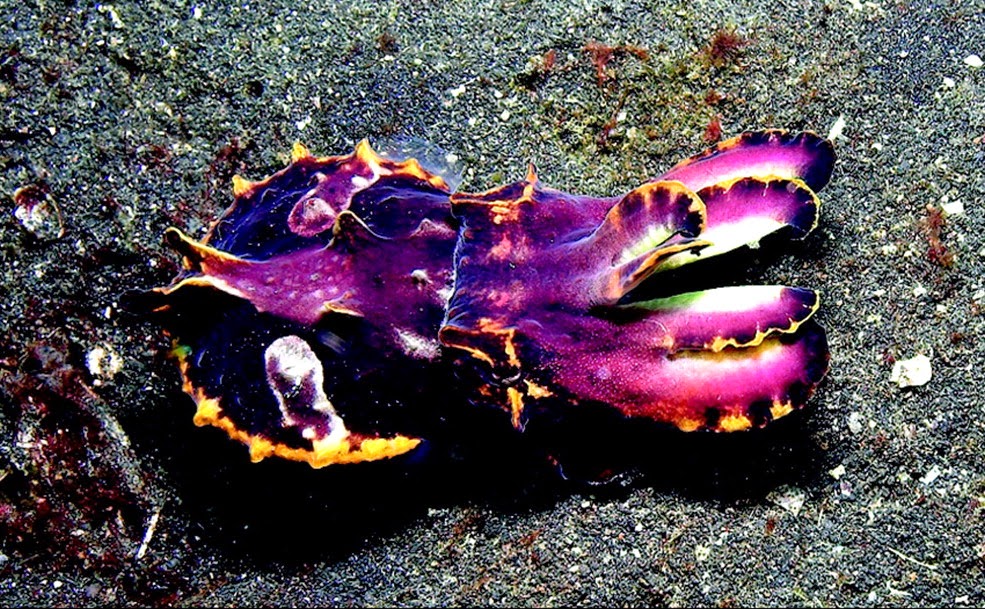